VIDEO: Revealed What Ruto Was Doing Before Leaving For Inauguration

VIDEO: REVEALED, WHAT RUTO WAS DOING BEFORE LEAVING FOR INAUGURATION 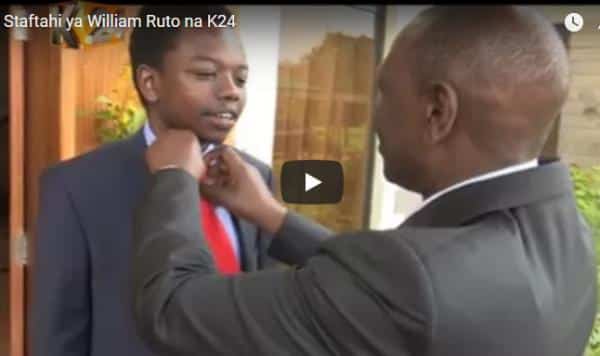 VERY FUNNY: REVEALED, WHAT WILLIAM RUTO AND FAMILY WERE DOING BEFORE LEAVING FOR INAUGURATION.

Just before the inauguration ceremony ,Deputy President William Ruto revealed his softer side to the cameras at his official residence in Karen. From sharing light moments with his children, to playing the tough parent  demanding the best look from them and the tense moments on realization that he was running late .

Two Kenyans among six ‘spies’ executed by Shabaab in Somalia

Obama Complains Over Waiters in Kenya