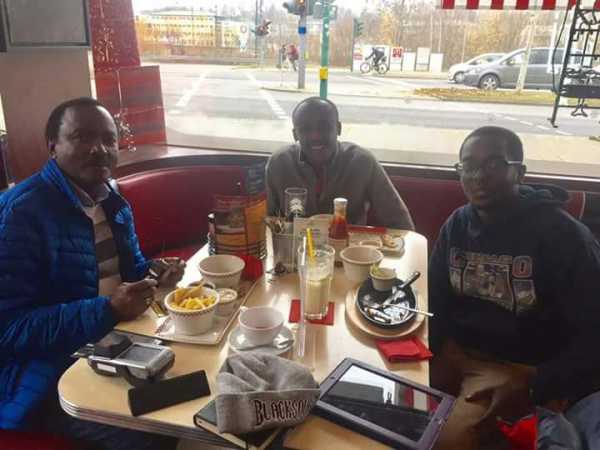 Nasa co-principal Kalonzo Musyoka has shared more photos of his stay in Germany where he has been nursing his ailing wife, Pauline.

In his latest photos, Kalonzo shared a meal with Makueni Senator Mutula Kilonzo Junior and the wiper leader’s son.

Kalonzo has been missing in political action since his wife, Pauline was flown to Germany for specialised treatment.

He maintained a low profile while abroad until when co-principal Moses Wetangula, Makueni Governor Kivutha Kibwana and Turkana’s Josphat Nanok visited him two weeks ago.

ODM Communication Director Philip Etale had indicated that Raila Odinga would visit Kalonzo before his grand homecoming last week but that never came to pass.

Kenyans online have been praying for Pauline’s quick recovery with some encouraging Kalonzo in his latest Facebook post.

UHURU SPOKE TO OBAMA AHEAD OF HAGUE TRIP

UHURU: MY ENCOUNTER WITH TRAFFIC OFFICERS WHO WERE COLLECTING BRIBES