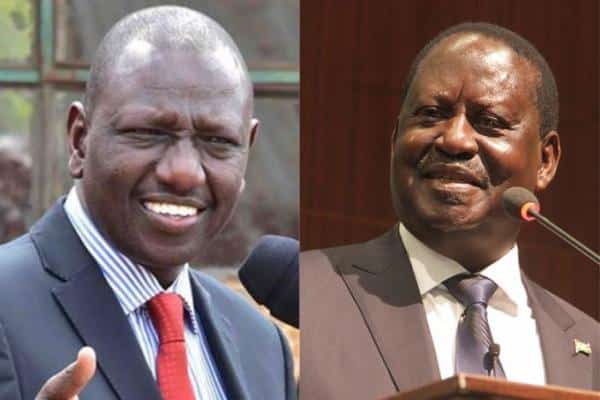 Mr Odinga, who was attending the burial of Orange Democratic Movement chairman for Kipkelion East William Koech, said Mr Ruto’s dream was only possible if the Kalenjins worked with him like in 2007.

“Does Ruto think he can be a president without Raila? I can help him get there if he wants,” he said at the burial in Kedowa, Kipkelion East.

Mr Odinga repeated his claims that he won the August 8 General Election.

“Uhuru knows well that he did not beat me. And I am not a mad man not to know when I have been beaten or not,” said the Nasa leader.

The Suna East MP said that t is not guaranteed that Mt Kenya will support the Deputy President’s bid in 2022.

“Such agreements do not work in politics. Raila supported former President Mwai Kibaki but Central Kenya people did not keep their word,” said the MP.

He insisted that Mr Odinga will be sworn in.

“We shall swear in Raila next week and he will visit Kericho on his first meet-the-people tour as the people’s president. You cannot threaten him with jail as he has been there before,” he said.

Mr Atwoli called on President Kenyatta to consider dialogue with Mr Odinga to prevent chaos that may break out after the swearing in.

“As a unionist, I work with both opposition and government. I have written to both asking them to accept dialogue on electoral problems. Raila responded but Uhuru has been silent on the matter,” said Mr Atwoli.

Read between the lines of President Obama’s message to Kenyans.