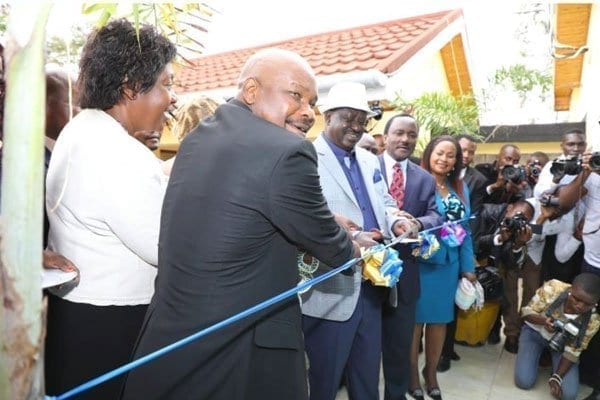 US-based law professor Makau Mutua on Tuesday launched his new hotel that he built near his home in Mutuni, Kitui County.

Mr Mutua, who is also a columnist and an adviser of opposition politicians formerly in the National Super Alliance which has since splintered, built a 10-bed capacity high-end hotel that he has dubbed Kitui Villas.

Mr Odinga and Musyoka are set to address a rally in Kitui town from 2pm.

VIDEO: Theresa May trolled for her dance moves in Kenya

Kemboi rescinds retirement decision-I will only retire with a medal

DEVOTION:What Kind Of Righteousness Do You Have?