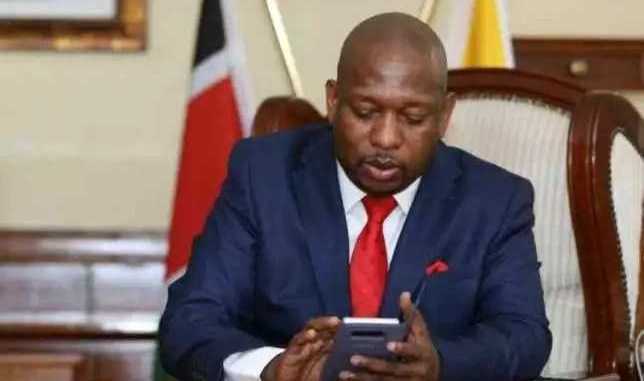 Nairobi Governor Mike Sonko Mbuvi has revealed the people who leak his private recorded phone conversations to the public.

Sonko, who was speaking during an interview on Wednesday 22 August with Milele FM, addressed a number of issues including, corruption, land grabbing, demolitions and nominated people for the Deputy Governor Position.​

Speaking on leaked phone conversations, Sonko said that it’s his boys who do it, citing an example of the recording between himself and Kiambu Governor Ferdinand Waititu.

Sonko said that the purpose of the recording was to see if Waititu would offer him money for the release of his wife, Susan Wangare, concerning the ongoing demolitions.

“Wenye kuleak hi hawa vijana wangu, hawa wenye wanapiga piga makamera maana mimi huwa nao kila mahali – (Those who leak these conversations are my boys, the ones who take videos since I always go with them everywhere,” said Sonko.

Sonko also revealed the four names of the people he has shortlisted for the position of Deputy Governor since Polycarp Igathe’s resignation in January 2018.

How Alex Mwakideu learned that Jalango was fired from Milele…

“I have four names but I am still conducting consultations because Jubilee belongs to the leadership. There is Agnes Kagure, Bishop Margaret Wanjiru, Karen Nyamu and Jane Weru,” said Sonko.

Death and Funeral Service For Kevin Ollison Of Southern California