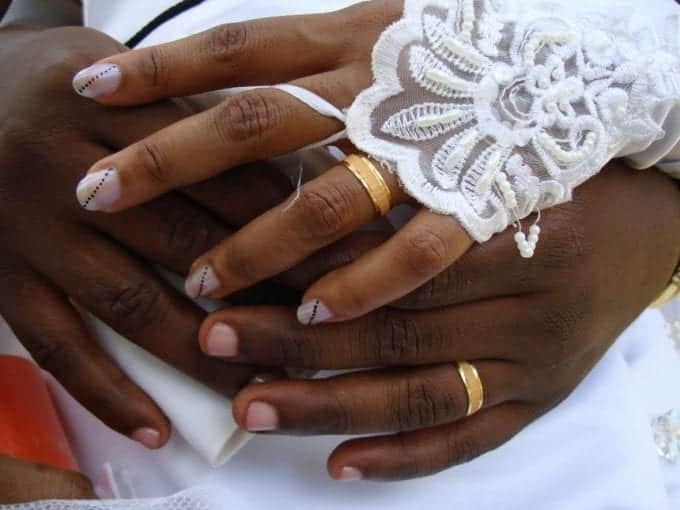 Kenya has in the past two months been treated to the spectacle of women with two husbands. Polyandry, like polygamy, is the marital or social relationship in which a woman is married and may cohabit with more than one man in the same house.

Human polyandry has always been more speculative than practised. Its practice has rarely been accepted in human societies the world over. Although women are also prone to having multiple sexual partners like men, for centuries, expectations of a woman’s fidelity are generally the exact opposite of the predictable man’s randiness.

Most people view polyandry as an awful adventure by women in pursuit of an outlandish gender equality.

No such relationship was public in Kenya until the disclosure by Makueni resident Rael Mukeku that she is married to two men, and the arrest of a Migori woman, Maurine Atieno, and her two husbands following public outrage.

These incidents, both in September, sparked a debate on whether women should be free to marry more than one man.

Mukeku got married to her first husband, then the second man moved into their compound to join that marriage as a second husband.

Atieno and her husbands were rounded up due to public demand after neighbours discovered she was living with the two men in her first husband’s home.

She was first married to Robert Ochieng, siring two children with him before they separated and she got married elsewhere. She later returned to Ochieng’s home with her second husband, John Ochola, and the three continued to stay together as a wife and co-husbands.

Although only Rael and Maureen have opened up to having two husbands, lawyer Jemimah Keli says it is possible there are more women in such unions, despite the risk of public condemnation.

And Keli says there could be many almost similar arrangements, especially in cosmopolitan areas like Nairobi, where women could be with several men supporting them or living with them in certain arrangements, but not in the same house.

The lawyer says polyandry is a social engineering caused by changes in the society over time, and it doesn’t amount to a marital union.

“When a society evolves, all manner of dangers will arise, and there is good and bad about it. Women can say they are more empowered now, to the extent they can accommodate two men, while men may feel like they require help. For example, the second man in the Makueni case said he moved in because the other man was weak or was sick,” Keli says.

“So, since traditionally the role of a man is to provide for their family, the question is: could it be that men would want other men to assist them to perform that role? Would it make their burden easier? Those are the questions the society will ask itself.”

However, Kiambu woman representative Gathoni wa Muchomba and Rev Vincent Mulwa of the Christ Pilgrimage Restoration Centre say men in such unions are abnormal and devoid of manliness.

“But there is another problem I’m seeing today. More women are choosing to be single mothers with multiple sex partners, and that could be the reason men are lacking wives. Not because women are not there, but because they don’t want to get married,” Rev Mulwa said.

“That could be the origin of the situation of two men finding themselves loving the same woman who has been cheating on them. And because no others are interested in being their wives, they agree to keep this one.”

Keli says polyandry is not an arrangement known either by the law or in any customs in the country. The Marriage Act defines all the marriages as a union between a man and a woman or between a man and women. Consequently, she says, polyandry cannot be called a marriage; it can only remain a relationship between several parties.

“Even polygamous marriages are recognised under that law as where a man is married to more than one woman. Maybe in another generation, we may want to recognise that a woman can marry more than one man. Then we will have to change our laws to accommodate that relationship as a marriage,” Keli said.

“But as the society evolves, different challenges will prompt law changes with time to address those challenges, to accommodate the new lifestyles, and then the law will decide whether that lifestyle fits to be a marriage.”

However, Keli rules out any criminal acts in women marrying more men. She says Mukeku, Atieno and other women in polyandry are not committing any offence punishable by the law, because it is just a relationship that is not defined under the penal code, and an offence has to be defined by the law.

Mulwa says it is an inversion of God’s order of nature when a man ceases to be in control and the woman is the one calling the shots in a marriage, with the “subdued men” under her authority.

The cleric says there is no rationale for polyandry, and a woman advancing it is basically full of the notion of equality.

Wa Muchomba says men accepting to be co-husbands are grossly inept because “no cock wants to share”, while Mulwa says only men with severe mental problems can contemplate such unions.

The woman rep says manliness in Kenyan men is getting eroded so much that the boy child is under siege.

“To see a man in such relationships means they have no ego. We need to train our men to be men from when they are young. They are victims of erosion of manliness. The socioeconomic pressure we are exposing men to is what is making the male esteem and male personality get eroded,” she says.

She says the fact that the girl child is more empowered is one of the contributing factors, but it is not the only factor. The legislator called for more emphasis on boy child empowerment, not only financially but also culturally.

“The moment you see a boy child being told to go and cook, that is the beginning of the problem,” Wa Muchomba said.

“Today you will hear mothers assigning their sons domestic chores, like cleaning utensils and preparing vegetables. That boy is being raised as a “male girl” because the things we expect from them are not the male expectations but are for females.”

The MP said the rise of women in control of their homes and society, and the lack of role models in society for the boy child, is also a factor in declining masculinity.

“This is the issue of a matriarchal society, where the woman is in more control of her sons and husbands. The child is growing up with a house girl and is already being taught how to plait hair. When they go to school, most teachers are female. The boy child lacks exposure to manliness,” she said.

“Recently I was at Ndumberi Primary School, where I was celebrating victory of a team that had excelled in dancing competitions at the national level. To my shock, I found only one male teacher at the school, the headmaster. So tell me, who are all the children in that school looking up to? Just the female teachers,” she said.

The MP said the problem is how the boy child in the society is being socialised, “making our men lose their male esteem and behave and act like women”.

He says it is all about women wanting to be equal to men, doing everything a man is doing.

“The problem is in the continuous empowerment, where women are easily in access of resources and jobs. And because we have made the marriage to be about resources, now women want to command a man who has no resources, and misuse them,” Mulwa says.

“That makes a new challenge to men, and where to get a wife from, and agree that since she has been managing us secretly, let’s continue in it. And all this is out of empowerment of women to make them equal to men, which is very wrong.”