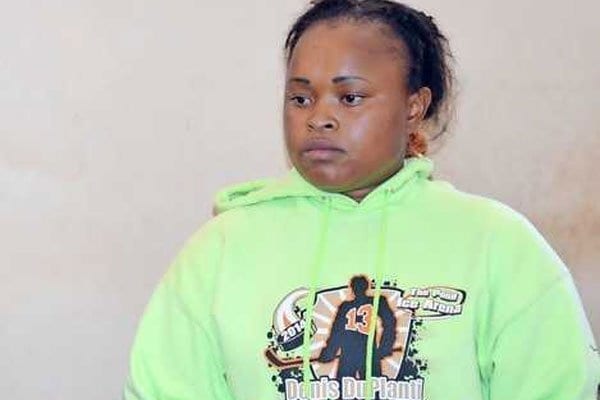 A woman believed to be the mistress of a man whose wife was killed in Nairobi two weeks ago will be charged with murder, police sources said Monday.

The two will appear before Kiambu Senior Principal Magistrate Stella Atambo, who had granted detectives 14 days to complete their investigations.

If convicted, they face the death penalty.

Mr Mathenge, a resident of Ruaka, runs a car hire business in the city centre.

He is said to have told the police that he never participated in the murder of Ms Wambui as Ms Mungai, whom he has known for two years, called him to her house when Ms Wambui was already dead.

He told police he helped Ms Mungai to remove Ms Wambui’s body from Ms Mungai’s house at Fourways Junction on Kiambu Road to Mugutha in Juja a few minutes past midnight.

Mr Mathenge told the police Ms Mungai had earlier in the day called him promising him a job later that night.

When he arrived at Fourways, he told police, he declined to give her a helping hand in disposing of the body. He said she blackmailed him, threatening to call security on him and implicate him in the murder. He also said he was not paid for the job.

Detectives, however, are questioning why he never drove off once they left the estate since, according to him, Ms Mungai carried the body in Ms Wambui’s car while he followed closely behind her driving a Toyota Noah.

As detectives firm up the case against Ms Mungai and Mr Mathenge, they are waiting for a forensic report on the phone records of the victim’s husband, Mr Kori.

Sources close to the investigation said that, while Mr Mathenge confessed to how he helped Ms Mungai dispose of the body, police are treating his account with caution because Ms Mungai has not cooperated with police since investigators tore part her claims that Mr Kori murdered his wife and offered her Sh2 million for her silence.

Investigators used cell phone data and car-tracking solutions to conclude that Mr Kori was not at Fourways Junction at the time of the murder.

They say this was corroborated by the people he met in Ngong, 40 kilometres away, but they are still investigating whether he participated in the murder in other ways.

Mr Obed Kiio, head of criminal investigations at the Juja Police Station, from where the matter is being investigated, said call data from Safaricom had confirmed that Mr Kori was “not anywhere near the scene”.

Evidence based on witness accounts and CCTV footage shows that Ms Wambui and Ms Wangui shared a hearty afternoon at Homeland Inn, off Thika Road, before leaving for Fourways Junction in Ms Wambui’s car at sunset.

It is not clear how and why the two women decided to go to Ms Mungai’s residence, and this will be a key factor in establishing whether the murder was premeditated.

According Mr Mathenge’s account, the women started arguing over Mr Kori’s photos in the house and the logbook of an identical Mercedes Benz, which Mr Karue had apparently bought for the mistress.

A fight ensued, Mr Mathenge said, and the two wrestled over a knife, which Ms Mungai wanted to use to stab her rival, before the suspect rushed to the kitchen, grabbed a pressure cooker and hit Ms Wambui with it on the head.

The knife is part of the items that police found at Ms Wangui’s residence and forwarded for forensic examination.

The pressure cooker has not been found after it was thrown in a thicket along the Ruiru-Kiambu road.

Mr Mathenge said when Ms Wambui screamed for help, Ms Mungai suffocated her to death, dragged the body to the kitchen, and wrapped it in bedding.

A post-mortem report seen by the Nation shows that she was hit with a blunt object nine times and suffered internal bleeding to the brain.

Mr Mathenge said Ms Mungai called him around 10pm from Homeland Inn, where she was trying to get another car she had hired to dispose of the body.

Security guards refused to let her take the vehicle because she had no gate pass.

She drove back home in Ms Wambui’s car. Mr Mathenge arrived several minutes after midnight in his Toyota Noah. They left again for Homeland Inn in his car but could not convince the guards to release the other vehicle. These movements were captured on CCTV.

They drove back to the estate, parked Mr Wambui’s car near the stairs, carried the body downstairs, and placed it in the back seat. The two then used the Kiambu-Kamiti-Ruiru road, escaped a near-detection at a roadblock at the Kamiti Junction and proceeded to dump the body at Mugutha.

While on their way back, Mr Mathenge said they stopped at Gitambaya, between Ruiru and Kiambu, where Ms Mungai threw away the pressure cooker and the bedding.

These have been taken by police as well as keys believed to be for Ms Wambui’s house, a baby car seat that had been displaced from the back seat to accommodate the body, and a black polythene bag in which the pressure cooker was wrapped.

Detectives suspect that the cooker and the carpet, which are missing, may have been later retrieved by a passer-by either for sale or for use.

Ms Wangui and Mr Mathenge then proceeded towards Githunguri through the Kirigiti-Riabai road, where they threw away a blood-stained carpet.

They abandoned Ms Wambui’s car at Kwa-Maiko trading centre, where it was recovered two days later. They arrived back in the estate at 5am in Mr Mathenge’s car.

Video: Fanfare at the launch of URP Party

Wiper: Kalonzo Musyoka is not looking for a job in Parliament