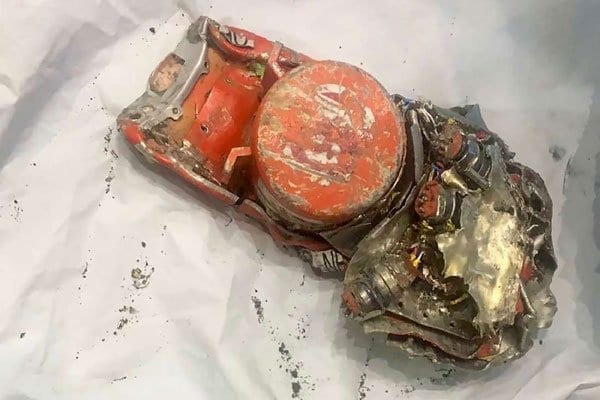 The flight recorders from the Ethiopian Airlines plane that crashed on Sunday have been recovered by investigators.

The devices recovered from the crash site are the Boeing 737 Max 8’s cockpit voice recorder and the digital flight data recorder.

The plane en route from Addis Ababa to the Kenyan capital, Nairobi, crashed six minutes after take-off, killing all 157 people on board.

Several airlines have grounded the model following the disaster.

There were more than 30 nationalities on board the flight, including Kenyans, Ethiopians, Canadians and Britons.

PHOTOS: Faces of Kenyans who were on the crashed Ethiopian…

Do we know how it happened?

The cause of the disaster is not yet clear. However, the pilot had reported difficulties and had asked to return to Addis Ababa, Ethiopian Airlines said.

“At this stage, we can’t rule out anything,” CEO Tewolde Gebremariam said.

“We can’t also attribute the cause to anything because we will have to comply with the international regulation to wait for the investigation.”

Visibility was said to be good but air traffic monitor Flightradar24 reported that the plane’s “vertical speed was unstable after take-off”.

The pilot was named as Senior Capt Yared Getachew who had a “commendable performance” with more than 8,000 hours in the air, according to Ethiopian Airlines.

What do we know about the plane?

The plane that crashed was among six of 30 that Ethiopian Airlines had ordered as part of its expansion. It underwent a “rigorous first check maintenance” on 4 February, the airline tweeted.

Boeing said it was “deeply saddened” by the crash and was sending a team to provide technical assistance.

It was the second crash in five months involving a 737 Max 8, and comparisons are being drawn with a Lion Air accident in Indonesia last October that killed 189 people.

Following the crash, investigators said the pilots had appeared to struggle with an automated system designed to keep the plane from stalling, a new feature of the jet.

The anti-stall system repeatedly forced the plane’s nose down, despite efforts by pilots to correct this, preliminary findings suggest.

The Lion Air plane was also new and the accident happened soon after take-off.

“Here we have a brand-new aircraft that’s gone down twice in a year. That rings alarm bells in the aviation industry, because that just doesn’t happen.”

After last October’s crash, Boeing sent an emergency notice to airlines warning them of a problem with the anti-stall system.

Boeing is expected to release a software patch to the system to deal with this issue, according to Reuters.

However, it is not yet clear whether the anti-stall system was the cause of Sunday’s crash. Aviation experts say other technical issues or human error cannot be discounted.

The investigation will be led by Ethiopian authorities co-ordinating with teams of experts from Boeing and the US National Transportation Safety Board.

Ethiopian Airlines said it had grounded all of its 737 Max 8s “until further notice” as “an extra safety precaution”.

The airline’s first flight to Kenya since the crash landed at 10:25 local time on Monday, and a different model of plane was used.