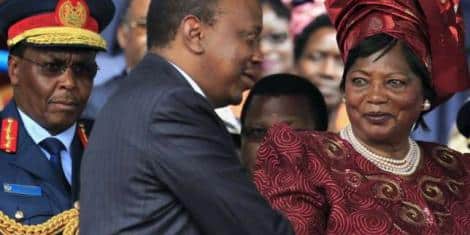 The construction of Mama Ngina University, in President Uhuru Kenyatta‘s backyard village of Mutomo, Gatundu South has been launched.

The construction of the new public institution in honour of the First Family is set to cost Ksh 2 billion.

Reports by People Daily indicate that the university will begin operating as an affiliate college of Kenyatta University when it opens it’s doors in 2022.

The institution is reportedly a brain child of the late Joseph Ngugi who served as the area MP in 2013.

Speaking during the groundbreaking ceremony, Kenyatta University chancellor Benson Wairegi indicated that the new institution would accommodate 10,000 learners during the first intake.

The area MP Moses Kuria who equally graced the occasion indicated that the university would bring development into the area and create employment.

Kuria indicated that the institution would attract people from all corners of the country.

He nevertheless highlighted that the greatest challenge at the institution’s surroundings was lack of accommodation facilities.

In this view, Kuria urged the government to give priority in the implementation of the housing pillar of Big 4 Agenda.

Urging investors consider building appropriate housing in the area, the Gatundu South Mp noted that majority of outsiders working in the constituency reside in Thika, Ruiru, Juja, and Kenyatta Road.