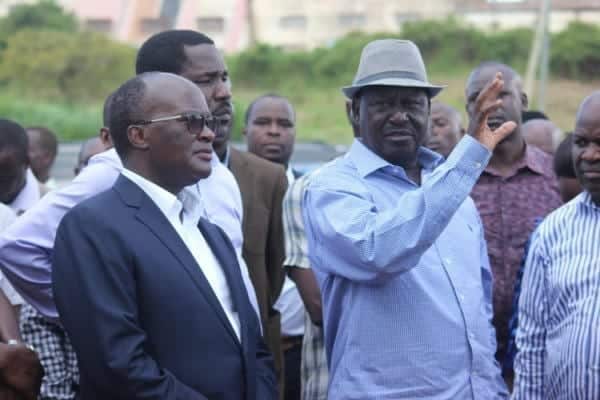 Macharia on Monday said the project has not been abandoned as was initially thought.

He said the government opted to first rehabilitate Naivasha-Malaba Meter Gauge Railways(MGR) system as an interim measure for ensuring sustainable and efficient transportation of goods to Uganda.

“What was most urgent thereafter was to make sure the country could have goods from Mombasa to Nairobi to Naivasha being transported to our largest trade in Uganda without any delay by August, that’s why we decided to urgently rehabilitate Naivasha-Malaba MGR before August to make sure there are no hiccups with goods going to our neighbours,” he said.

Macharia said they will soon re-embark on the construction of Kisumu-Naivasha SGR wing after the completion of Naivasha-Malaba wing.

“When this is completed we can say we have a productive Mombasa-Malava line which can also help us fund this line from Naivasha to Kisumu,” he said, adding that things were done in sequence to ensure that the country has an economic return.

ODM party leader Raila Odinga defended their trip to China with President Uhuru Kenyatta to source for funds for the SGR project.

Raila termed as media propaganda reports that they failed to secure a Sh368 billion loan from the Chinese government to finance the construction of the Kisumu-Naivasha SGR.

“We never failed in China, it’s just a matter of sequencing and the SGR is going to come to Kisumu through Malaba to Kampala, that bit had not been studied,” he said.

Nduku: The Untold Story of My Dream Life with Mutula Kilonzo

Wambui murder: Another woman, Grace Wanjiku, claims that Kori is her husband

Cheap ugali: Two-kilo packet of unga to retail at Sh90