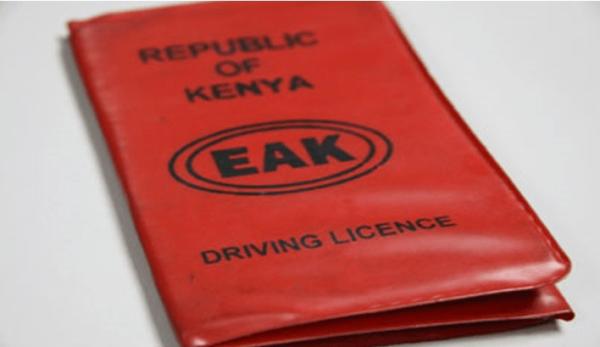 When an accident happens in Kenya, we gather around our TVs to witness and mourn the senseless deaths on our roads. These statements made by witnesses and traffic officers take the lead; “This is a known black spot,”  “the driver lost control and veered off the road,” or “the driver was unfamiliar with this route.”  We can prevent these deaths most of which are caused by signs, gas, eyes and tyres.

It amazes me that during the festive season in December, Nairobi PVS are not allowed to ply up-country route because “the driver may not familiar with the route.” It ridiculous to expect me to know off-head where ALL the bumps, ALL the steeps slopes and ALL the sharp bends are on the Magadi road, Nakuru Highway, Isiolo to Nairobi or Thika road. You do not need to have ever used a certain route to qualify to safely drive on it.  But it is necessary as it is equally admissive of gross negligence to properly mark our roads by the authorities. The marking of a bump is cheaper than its construction, so there is no question that it’s simply gross negligence which causes loss of life on daily basis in Kenya. Most accidents happens on sharp bends, steep slopes or at bumps with no or inadequate signage.

For instance, at the Weigh-Bride Station on Thika Highway, there used to be frequent accidents at the spot where the highway is divided into seven lanes with raised curbs until they put a bump just before these dangerous dividers. Firstly, I do not understand even after so many accidents and deaths on that spot there continues to be these dividers which is a relic of the toll-stations.  Accidents still do happen there for the unfamiliar driver as the signs warning them of the obvious danger is placed right on the DANGER itself.

Isn’t a warning by definition supposed to inform you of the danger ahead of time to allow for opportunity to correct ones actions (in this case speed and proper steering) to avoid killing or hurting yourself? But even where the authorities have done road signage or warning strips, they are not prominent or are  so close to the danger or bump that you never have enough time to react. Its equivalent to putting “Beware of Dog” sign on a fierce dog itself instead of the gate and getting surprised when all your first time visitors show up in your house with dog bites.

This lack of clear communication where it can save a life is borne out of our unique culture. When you ask for directions, it’s never with precision about the number of turns and estimated distance in kilometers. Its simply “when you get to this junction or that bend, ukiuliza mtu yeyote atakuonyesha ni wapi, huwezi potea” The person giving you directions seems not to have the slightest awareness that you have never been in that particular location since you were born. This comes out as they give you directions in the statement like “Si utaingilia tu hapa kwa Muya.” Never mind that you do not know a Muya in your life.

How many of you have started a new job or internship and no one gives you orientation of the place and routine. The manager or the owner seems to think that you obviously know or somehow you will figure out where the washroom or breakroom is, where the light switches are located, where the keys are kept, who to call or inform when an issue crops up and so on. This is the CULTURE that requires us to drives ONLY on the roads we are familiar with if we want to return home alive. You ought to know that which you cannot know unless those charged with the responsibility on our roads to provide that information well ahead of time and in big clear warnings did so.

Kenya Airways’ pilot Joseph Kinuthia who flew the inaugural flight from Nairobi to New York was flying to JF Kennedy airport for the FIRST time. How was he able to land safely in the US on October 9th 2018? He just followed signs and precise directions. You will be shocked to learn that Dedan Kimathi’s case was lost largely because African witnesses were disqualified by the presiding judge on the basis of their inability to give precise measurements of distance and time, i.e. the crime scene location and the precise time it happened. Off course it was pure discrimination of a culture that did not have precise units of measuring time and distance but the trial was based on another culture. We have since officially adopted that culture on which Kimathi was tried and its units of measure but in practice, we are still stuck to our imprecise official communication on our roads (and work places) and measurements.

Most PSV’s (Public Service Vehicles) engines are inside the cabin. If there is exhaust gas leakage, it fills the entire cabin but the highest concentration will be at the front seat where the driver is located. This is worse if the windows are closed. One of the components of exhaust gas is Carbon Monoxide. Usually, vehicles are fitted with a catalytic converter; a device that converts Carbon monoxide to Carbon Dioxide before it’s released into the atmosphere to reduce pollution. It’s located a three-quater way from the engine along the exhaust-pipe though. So, if there is exhaust leak before the catalytic converter and a way for the noxious gas to enter the cabin it will definitely be inhaled by the vehicle’s occupants.

driver’s license  does not capture myopia

Have you ever entered a matatu and within a few minutes you started having a headache, your neighbor seemed drowsy and another passenger started feeling nauseous. These are classic signs of carbon monoxide poisoning. In high concentrations (100 parts per million only,) one will get disoriented or lose concentration, followed by drowsiness and eventually loss of consciousness. Are we accusing drivers of drunkenness who we should instead rush to the emergency-room with carbon monoxide poisoning?

Next time you get into a matatu and you reach out for coins to buy tropical sweets to wade off that nauseous feeling, be very afraid because the driver might simply fall asleep on the wheel going downhill somewhere along your journey. But you should not have to be afraid anymore if NTSA (National Transport and SAFETY Authority) did a simple test on our all PSVs to make sure there is no exhaust leakage. Insurance companies that cover PSVs have a lot to gain and can make it an annual requirement to test for exhaust gas leakage in PSVs cabins before a cover is issued.  One tester costs Ksh. 7,000 only. Problem Solved, Lives Saved!

Myopia or Short-Sightedness is a very common eye condition that causes distance objects to appear blurred. In other words, objects have to be close to the eye to be seen. Most populations in the world registers about 33% (or 1 in 3 persons) have this eye condition. Its thus safe to assume that 1 in 3 drivers you saw today including those driving Matatus should have had glasses. How many matatu drivers have you seen wearing glasses? For a driver to be safe he/she has to be able to see 400meters (about half a kilometer) ahead. If you have Short-Sightedness, you are not able to see this far ahead of you and thus you essentially drive blindly.  If you ever see a driver squinting their eyes to see ahead or rushing before it gets dark confessing that they don’t see at night or in the rain, be very afraid. They will be driving too close to oncoming vehicle or they will bump in to a vehicle ahead or drive off the road all together.

Every driver in Kenya should have their eyes checked at Huduma Center before driver’s license is issued or renewed. If its determined by a basic eye exam that a new driver has short-sightedness or a renewing driver has developed short-sightedness since the last check, the license should not be issued until they get prescription glasses.  The eye examination can be administered by anyone with only 5 minutes of training.

Again, Insurance companies have a lot to gain if they adopted and owned this campaign. They will Save Lives and Money! By the way this writer has a U.S. driver’s license issued in California but on the back of his license bears this RESTRICTION; “Must wear corrective lenses when driving.” My Kenyan driver’s license does not capture my myopia, which would inform the traffic officer that I’m a danger to myself and other road-users every time I get behind the wheel without glasses.  It’s a case of government myopia for issuing me with a license to kill on our roads by not recognizing my short-sightedness.

Authorities and Insurance companies should do their bit but as an individual what should do? The next time you are boarding a matatu or bus (especially for long distance travels) look at the tyres first.  If they look like your tongue or something close to it, wait for the next one. If it rains and the vehicle was descending a steep slope or the driver attempts to stop in an emergency it will be task in impossibility without proper tyres’ treads. Not getting in a vehicle that does not have adequate tyres’ treads is your responsibility.

Imagine how many accidents will be prevented if our roads were marked properly, our matatus and buses didn’t have leaking carbon monoxide, our short-sighted drivers like me were forced to wear glasses and you refused to ride in a vehicle whose tryes were visibly worn out.

The Writer, Robert Mwangi is a Clinician who holds an MBA in Finance and is the Author of the Book, Dollar Altar. Copyright: www.Afrisponsible.com