Demonization of foreigners not the answer. 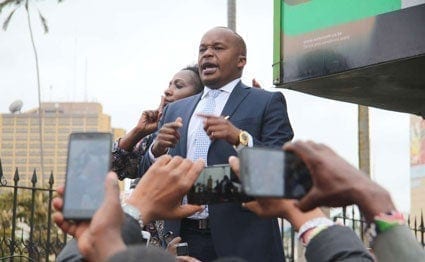 This week, the Starehe constituency member of parliament Charles Njagua threatened to
forcefully evict from their business premises any foreign entrepreneurs doing business in
his constituency.

The MP said that these individual’s presence was denying opportunities
to Kenyans. It’s true that Mr. Njagua was elected so that he can be an effective advocate
of the needs of his constituents, and it’s also true that Kenyans ought to benefit from the
best resources/opportunities in their own country. But a blanket demonization of all
foreigners is a very ill conceived and dangerous idea.

To start with, diversity is not the killer of opportunity. The real culprits are corruption,
mis-management and mis-location of resources. The foreign entities that steal the real
opportunities from the ordinary Kenyans are those that have been enabled by some
organs of the government of which the MP is a member.

If the MP is really concerned about the plight of his constituents and of Kenyans in general, he should focus on the many malpractices that exist in the government institutions where many contract awards are not based on merit, but on who knows who. He should be seeking answers as to why the prices of basic necessities, some of which include products like unga which we
produce locally are beyond the reach of the regular mwananchi.

He should be fighting to tackle the ever increasing cost of healthcare which is beyond many Kenyans. And one question that he may want to ask himself is if by any chance, there are Kenyans plying trade in other countries. Mr. Njagua’s rhetoric, to say the least, was reckless and dangerous.

This is the same kind of rhetoric that is being used by far right and
nationalistic politicians in several parts of the world to stoke anti immigrant and anti
foreigner sentiments. And the ugly end results have been there for all to see. Closer to
home, the recent anti immigrant violence is South Africa led to unnecessary loss of life
and property.

If Mr. Njagua is a responsible leader, he should retract his statements and direct his ire
at the right targets, the vices mentioned above here. Otherwise, please, stop dividing
Kenyans and sowing seeds of violence, we have already suffered enough of that in our
country, and the wounds are yet to heal.

Own your home in Kenya without paying a deposit

A Kenyan dies in Newark NJ