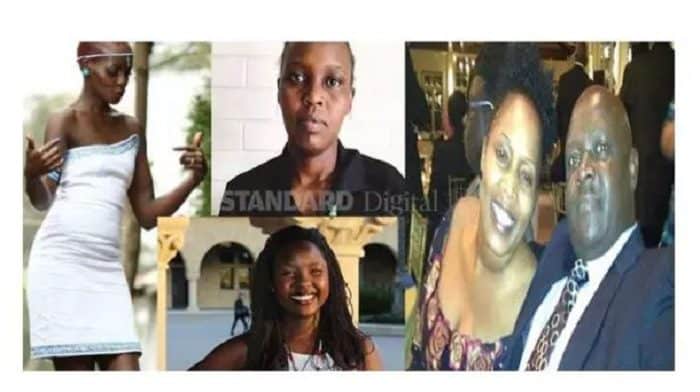 Norah Borus, a 2013 KCSE top performer was last week found dead at her on-campus residence in the US.

Her death was confirmed by Stanford University Vice Provost of Student Affairs Susie Brubaker-Cole who wrote in an email: “Neither the cause of death nor the student’s identity have been publicly released, but police say there is “no ongoing safety threat to the campus community.”Norah sat her 2013 KCSE at Precious Blood Secondary School, Riruta to emerge the best girl in Nairobi County.

She then joined Stanford University to pursue an engineering course. At the time of her death, Stanford University was celebrating commencement weekend.According to The Mercury News website online, this was the fourth student death reported since last February.News of her death increases the worrying trend of Kenyans who have been found dead overseas.

On May 30, 2019, police found a 34-year-old Kenyan woman dead at her apartment in Osbourne Park, Australia, days after her family reported her missing.Jelagat Cheruiyot also known as Nancy was found dead when police went to conduct a welfare check.It was reported that due to the nature of her injuries, police declared it a homicide and kicked off an investigation.

To date, police are yet to make arrests leading to her death. Daily Nation reported that they were in pursuit of a man who was spotted driving two cars linked to her murder.Jelagat hailed from Cheptiret in Uasin Gishu County.

Moses Maima, 50, is reported to have committed suicide in Chicago, US in March this year.He was cremated so quick, all while the family waited for the body to be brought home for a proper burial.Back home, Maima’s younger brother Phillip Miyare told The Standard in an interview, “The explanation on how he died is suspicious. We need to know what happened.”Maima moved to the US in the 1990s and had three children.

Again in February this year, 32-year-old Kenyan musician Mercy Wanjiku Muthui was found dead in a ditch near her home in the Netherlands.Her family suspected foul play.Police detained but released her husband Daniel Erhardt who had reported her missing moments before her death.

The script re-writes itself in another incident in May 2018.Margaret Nganga was found dead in her car at a parking lot, a day after she left her house for work.She worked at the Northside Hospital in Atlanta, Georgia.Her family said she did not show any signs of illness and was in high spirits on the day she left home.

March 2018, Kenyans in New Jersey, USA, woke up to the news of Kenyan couple that was found dead in their home.The bodies of Henry Okong’o and his wife Lydiah were found in separate rooms of their home with gunshot wounds.Neighbours suspected the deaths could have been as a result of domestic violence.The couple left behind three children.

Amazing Video:Gazelle Jumps into a tourist Car to Escape Cheetahs

It was a difficult journey, says President-elect Uhuru Kenyatta

A Kenyan man passes away in Baltimore Maryland

DEVOTION:He Has Never Been Wrong