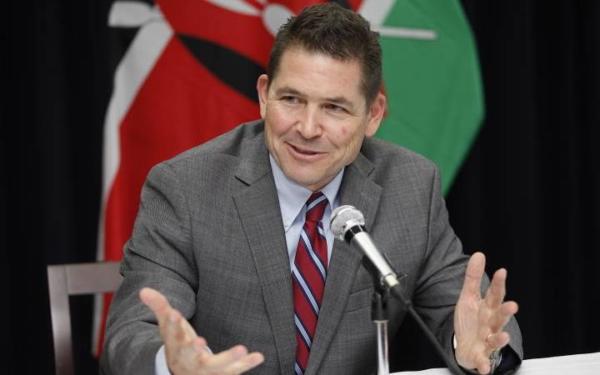 Kiswahili-speaking US ambassador McCarter turns to Sheng to fight graft: When Kyle McCarter was announced as the new US ambassador to Kenya in March 2019, little was known about him except for his 10-year stint in US Senate as Illinois legislator.

But his first tweet would open the space to spill at least his hidden side. Mr McCarter typed his first tweet to Kenyans in fluent Kiswahili, informing them how happy he was to take up the new challenge and that he was eyeing partnership with Kenyan government for development.His knack and enthusiasm to learn the Kiswahili language can be traced on his twitter page where he engages his followers in a debate.“Just presented credentials to his Excellency President Uhuru Kenyatta. Officially in place and ready to work side by side. Tutafanya kazi pamoja,” he said in a tweet he drafted on March 12, 2019 pledging to work with the government.

US ambassador Sheng to fight 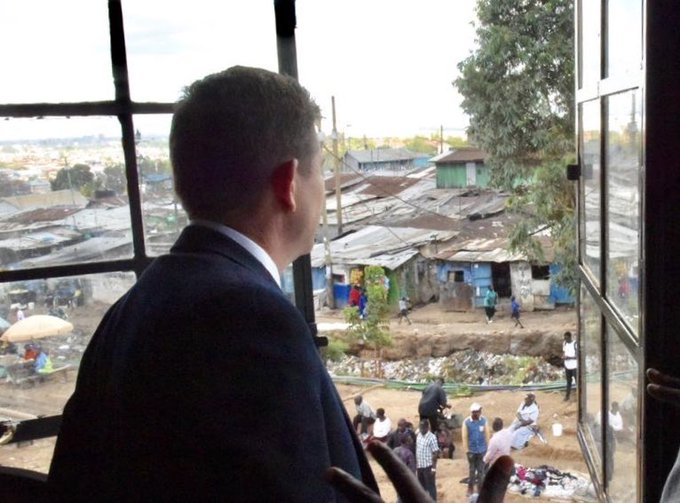 This can be translated as: Corruption is like a fat dog which comes to your homestead every day, gets into your storehouse and eats everything. You take care of it then it heads to another homestead. Then, citizens get surprised why they starve. But, like thievery, if that dog was a thief, you would have sent it away!”What ensued was a debate with some followers applauding while others corrected some sentences.Nairobi lawyer Ahmednassir Abdullahi responded: “Honest, truthful, direct, frank and brutally forthright Bwana Balozi…”

US ambassador Sheng to fight

Ali ‘Mwamvita’ Manzu also responded to him saying: “Ndugu Balozi, nina uhakika umeandikiwa au umebadili kupitia Google, hatahivyo si vibaya. Ila ilivyo sahihi, Mbwa mkubwa wala sio mbwa kubwa. Jibwa ndio kubwa. Samahani ila lazima urekebishwe kwa matumizi bora ya lugha na isiwe bora lugha. Kumradhi.”Ali Manzu, a KTN News anchor emphasised to the diplomat that Kiswahili like any other language demands fluency and it is not just speaking for the sake of it.“I am trying my best and learning from my friends. I am not fluent. To deliver this message in Swahili, even imperfect, some purpose is important. Understanding all the responses is challenging, but I will have to work on it,” Ambassador McCarter replied.This comes days after he trended with a satirical tweet on May 30, 2019, where he tweeted about the National Prayer Breakfast.He posted: “Kenyan leaders are praying and asking for forgiveness for the sin of thievery at the 17th annual National Prayer Breakfast. What a good start to take the nation on the path of prosperity the wananchi deserve. We must all do our part. #stopthesethieves.”

Attached to this tweet was a video clip of President Uhuru Kenyatta and his deputy William Ruto and other leaders dancing with sticks, pulling moves of Maasai morans as the crowd cheered.Again here, he was engaged in a discussion as Political Analyst Prof Makau Mutua took him head-on and warned against being duped.“Balozi, don’t be fooled. They do this every year and don’t mean a word of it. This is pure hypocrisy on display. Most of those in the picture should be in jail for what you call “thieving,” Prof Mutua tweeted and added: “Balozi (ambassador), what you are witnessing in that dancing caravan of thieves is an orgy of deception. Reminds me of a satanic cult of benighted and ghoulish characters yo-yoing over a carcass, in this case, Kenya.”