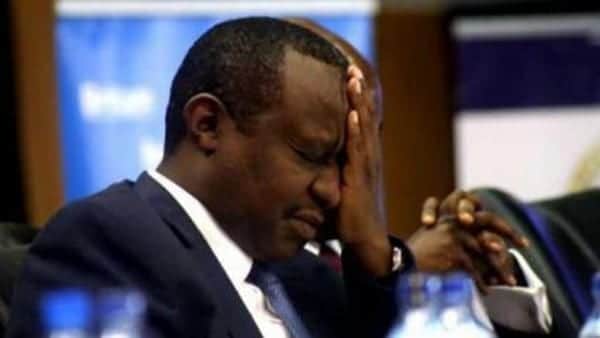 Henry Rotich, the Cabinet Secretary for National Treasury was on Monday arrested after he surrendered himself at the DCI Headquarters following an arrest order by DPP Haji.

Born and raised in Kimwarer, it is ironical that the scandal that is about to bring him down is from his own backyard.

Rotich went to Fluorspar Primary School in Keiyo South District, Elgeyo-Marakwet then joined Saint Joseph’s High School for his secondary school studies before joining the University of Nairobi in 1989 for a Bachelors Degree in Economics and graduated with a First Class Honors.

But how did one of the most educated sons of Marakwet be at the centre of a scam that denied his own people a livelihood?

Revealed: Murkomen was a pastor but unable to keep people in…

Rotich’s tenure at the Treasury has been on the limelight for repeated graft allegations through the Integrated Financial Management Information System (IFMIS) at his office.

It is IFMIS system which was linked to the loss of unaccounted for billions of shillings through two National Youth Service (NYS) scandals as well as in 13 county governments accounts.

As if that was not enough, Rotich has been accused of putting Kenya to the list of the most debted countries with little or no to show for the debts ballooning to dangerous levels.

Rising from a middle-level position at the National Treasury where he had been the head of Macro-Economics, things looked bright for the youthful CS. But not anymore as the CS was on Tuesday arraigned in court where a total of 16 counts were readout. He, however, denied all charges.