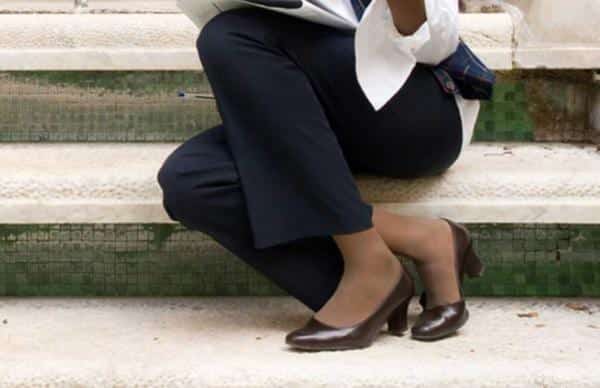 To what extent can a woman go to shed off memories of an abusive marriage?

For close to 45 years, Agnes Wanza, 71, has lived with the heavy load of deep secrets that weighed her down, until she recently yielded to constant nudging by her children.

When she escaped her violent matrimonial home in Waita village in Mwingi Central, Kitui County in 1974, Wanza had only one resolve – to start life afresh.

So determined was her resolve that she shed her old name and assumed a new identity – Grace Kasyoka.

Her husband, Mr Charles Kirima, who died in 2015, went to the grave without discovering that his wife was using an alias, and had indeed been married previously and bore three children.

The soft spoken Njuri Ncheke elder lived with his wife in Gankere village and was not alarmed by the fact that she never even once travelled to her maternal home or sought to take him there.

The couple had six sons and it is only after they started marrying that they accelerated their push to have her reveal her closely guarded secrets.

“My father had died without knowing where my mother came from and I was afraid that with her advanced age, we might never know our roots. I challenged her jokingly if she had other child because I regarded myself the first born.

“She looked shocked and angry at the same time and I realised I had touched a raw nerve. She admitted that she indeed had another child by the name Mwikali but did not name the others. She also mentioned the name of the village she came from,” narrated Pastor Moses Kiriinya, 41.

Armed with the little information, the clergyman then mobilised his five brothers and Pastor Kiriinya and embarked on a tour of Waita village.

In Ukambani, despite producing a picture of their mother, the two strangers were treated with suspicion until an uncle noticed some resemblance between one of the sons and the woman.

“I even called my mother and she spoke with her brother Karanja Munuve. We were wary of the visit and feared how we would be received. We carried our own water and said we would not greet anyone with our hands or eat their food,” recounted Pastor Kiriinya.

Following correspondences that spanned close to two years, the two families on Sunday held an elaborate get-together where about 80 kinsmen from Ukambani toured Gankere in Imenti North, Meru County for a re-union with their relative.

The woman’s firstborn child, Ms Mwikali Katee, was in nursery school when her mother left. She said many family members presumed that their mother had died.

Ms Katee recounted the problems she faced after her father married another wife, sometimes fending for herself at a tender age.

“My step-mother was very cruel to us. I was in nursery school and our last born was nine months old. We struggled to make ends meet because my father remarried and we could not get basic items,” recounted Ms Katee who is now the assistant chief of Mwambui Sub-Location in Mwingi.

Her hope of ever meeting her mother waned after she failed to attend the burial of her grandparents (Wanza’s parents) and of close relatives.

“I religiously attended the burials hoping that she would appear. I eventually lost hope of ever finding her after my grandmother (Wanza’s mother) died and she did not attend the burial. In my heart, I had the conviction that she had died. I kept asking my church to dedicate a prayer so that I could have a revelation if my mother was dead or alive,” said Ms Mwikali.

Seeking closure, the family kept pushing her former husband to reveal where Wanza was but he had no clue.

At one point, the family reported the husband to the police suspecting he may have killed her and disposed off the body.

However, they breathed a sigh of relief after her sons arrived from Meru and announced that she was indeed alive.

During the weekend event, Wanza appeared relieved, as if she had finally put down a heavy load.

But she remained pensive and would not reveal what made her take the extreme action of leaving behind her children.

Ms Wanza and her children

However, Pastor Kiriinya said her mother, a staunch Christian, was running away from the marriage after clan elders forced her husband to inherit his brother’s widow.

Her resistance saw her subjected to constant insults and beatings and there was speculation she may have been bewitched.

It is then that one early morning, after feeding her three children, she took her donkeys pretending she was going to the river to fetch water.

She abandoned the donkeys and fled on foot towards Mulika, where she eventually met Mr Kirima whom she married.

During the emotional get-together, the families promised to strengthen their bond and forget the past.

“I had wounds in my heart because my father had died and my mother was at an advanced age. I am glad that eventually we have known the truth about her roots. It is not good for parents to keep such sensitive matters secret,” said Pastor Kiriinya.

“I am happy that this has happened. I want this to be written in my eulogy that I went to Ukambani to trace where my mother came from,” he concluded.