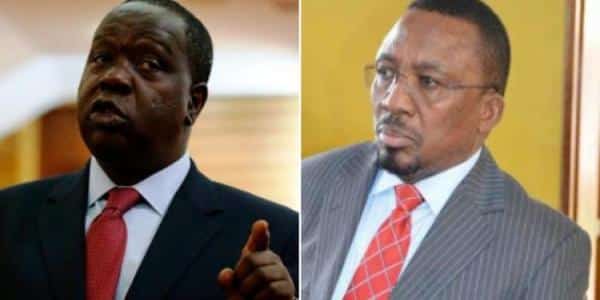 Speaking on Inooro FM earlier in the week, the man of the cloth likened his leadership style with that of CS Matiang’i and Nairobi Governor Mike Sonko.

“My thinking is that if in future, we can have someone like Matiang’i as president and Sonko as his deputy, and they give Ng’ang’a as Interior CS.

“That government will burn all demons. My work would be to fight all evil spirits. Sonko would be destroying illegal structures and buildings. Matiang’i would fight bhang and control drinking hours,” Ng’ang’a spoke.

The preacher also expressed his admiration of the Interior CS, adding that he wished God’s laws would be abided to, the same way as Matiang’i’s directive to close bars during the night of the 2019 census.

“I was leaving kesha and I noticed there wasn’t a single person at Carnivore where I normally pass by.

“I prayed God to give us this kind of leadership and maybe it will reach a point where Matiang’i will order everyone to go to church and they will all obey,” he stated.

The Neno Evangelism Centre founder has spent the better part of 2019, fighting off critics of his spiritual life.

He has been accused of embarrassing members of his congregation severally.

Ng’ang’a, however, dismissed most of the videos that were trending, arguing that they were taken out of context.