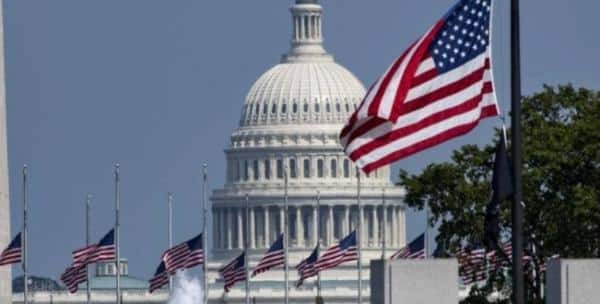 VIDEO: Diaspora Kenyans living their ‘American dream’ in the US: Over the last 15-20 years, the Kenyan Community in the United States has completely expanded and spread across almost every state in America.

What are the implications of the expansion of the community and how they relate to Kenya?This is a public park in the city of Townsend Delaware on a beautiful summer afternoon on the east coast of the USA.Kenyans living in the state arrive one by one and by sunset, the park will be full of Kenyans.

The event taking place is the annual Kenyan summer flame organized by the Fifty dollar club group.We meet Dr. Davidi Amakobe, a social scientist and a community leader who has lived in the US for the last 20 years.

Amakobe understands the history and development of the Kenyan community in the US and he is particularly glad that the community is indeed expanding and establishing roots in the US.

“The first Kenyans who came to the US came as students when Tom Mboya organized for a lot of Kenyans to come to the US to learn and take over from the British. But again some Kenyans remained and they were accommodated by the system,” says Amakobe.Professor Micah Mukabu a resident from Emuhaya, Bunyore Vihiga County went to the US in January 1976 to study.

Mukabu says unlike now where foreigners are treated with hostility, immigrants and students and people were interested in knowing where you came from.‘It wasn’t easy but it was a good environment,” says Prof. Mukabu.According to Mr. Amakobe, one of the factors that led to the expansion of the Kenyan Community in the US is the unfavorable social and economic climate in Kenya that has been witnessed since the year 2000.“Around 200, the politics in Kenya was not very conducive.

People were finding it unsuitable to go back. And as the world economy gets interconnected, people find it easy to stay where they can make a living,” said Mr. Amakobe.The quench for education is considered to be the major factor that has contributed to the growth of the Kenyan community in the US and their story of the American journey is not from grass to grace but rather struggled to pay college fees and graduate.

The main challenge for Kenyans in the US is chasing a pathway to gain American citizenship or at least staying in America illegally. As a consequence, Kenyans engage in fake marriages among other things with the hope of gaining legal status.But these challenges on top of the inevitable cultural shocks, language barriers, racial and social discrimination notwithstanding, many Kenyans in the US have overcome them and they are now living meaningful lives far away from where they were born.

Mkawasi Mcharo, a resident in Baltimore-Maryland, went to the US in 1997 as a postgraduate student explains how tough life can be for a newcomer in a land where people mind their businesses but she managed to survive.“If you land here and you do not know where to live or you do not have a scholarship that guarantees you a place to live, you are in for a very difficult time,” says Mkawasi.

Despite spending many years in the US, Mkawasi just like many others constantly experiences the cultural clashes and tensions between where she was born and where she lives now.“Kenyans here have pulled themselves and they are doing very well. A lot of Kenyans started from zero when they got here and now they have done very well for themselves,” said Mkawasi.

Remittances increase every year with figures showing that approximate 1.6 billion shillings this year from 1.2 billion shillings four years ago is sent to Kenya from America. This indicates that the Kenyan economy is expanding yearly and the productivity is increasing in the US.The basic motivational factors that make some people migrate are always constant; the search for better social and economic activities and of course the escape from wars and civil conflicts.

The fact that the diaspora contributes immensely to the development of their country through remittances is indisputable.Unlike before where global migration, permanent relocation or long separation and infrequent encounters with one native’s home, today revolution, and telecommunications and travel, has compressed the spatial and temporal distances between home and abroad.

This has offered immigrants an opportunity to bolster their family relationships and stay in touch despite being miles apart between two continents.Kenyans abroad develop tremendous skills and they give it back to their country in the form of remittances and higher education where some of them come back to Kenya and teach others to improve their educational status.“We are seeing a brain gain as opposed to brain drain in the past years where a lot of Africans are now re-engaging with the continent in IT and education, in terms of the economy and more importantly in terms of remittances,” said Prof. David Monda.

The globalization does not only facilitate the rapid flow of capital and commodities, but it also revitalizes all cultural community network. In this case, strengthening the trans-national ethnic, racial and national identity. ?

For once, Kenya’s stone throwers and tyre burners were the heroes

Video:Trial of man accused of robbing Kenyan in Iowa starts