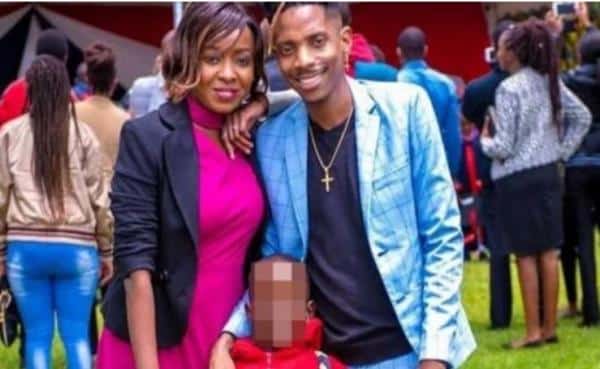 Maribe has made her stand clear following days of speculation on social media after she recently confirmed that popular comedian Eric Omondi is the father of her 4-four-year old son Zahari.

The former Citizen TV news anchor set the internet on fire with the post on Instagram which captured the couple together with their son on his graduation day.

“Family first. Happy graduation day Zahari. We, mum and dad @ericomondi are proud of you!!,” she captioned the photo.

Eric also posted the same photo on his Instagram page with the simple caption “Family.”

The couple’s posts left many of their fans wondering who between murder suspect Jowie (currently in remand), blogger Dennis Itumbi or Omondi the TV journalist is going out with.

Commenting on the photo, one particular bewildered fan Danny Dunhillison challenged Maribe to make her stand clear on who between the three men she is dating.

Contraband: Why Jowie Was Secretly Transferred To Manyani…

Maribe and Omondi dated back in 2014 in a short-lived relationship.

She would later flaunt her baby bump but remained coy on the father of her child.

Years later, she started seeing Jowie but she has seemingly dumped following his incarceration after being charged in the murder of businesswoman Monica Kimani.

Maribe, who also spent some time behind bars over the same case, has lately been ‘tight’ with Itumbi, who has even been attending some of the court proceedings.