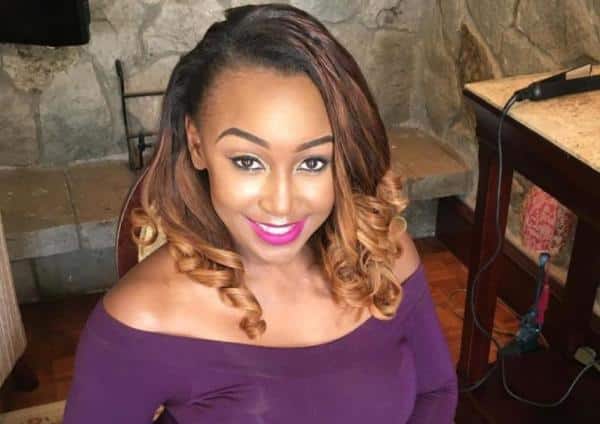 Kyalo, who divorced with former estranged husband Dennis Okari  has introduced the new man in her life, penning a hearty message in celebration of his birthday on October,2.

Although his face and identity was hidden, it was clear that it was the same light skinned man rumored to have been spotted with her in public and even on vacation a couple of times.

She showered him with flattery calling him the ‘illest’ and asking him to make a list of anything he wanted, and it would be accomplished.

“My baby, you’re the illest. Happy Birthday to you. Sema unachotaka!” read the post.

The two have allegedly been dating for quite some time now, going by the stances played on Instagram where she posts parts of his body.

However, it seems some of her close friends were aware of the mystery man after taking to social media and wishing the couple longevity in their relationship.

In one post, Sarah Mwangi posted a picture of the trio and blurred the image of Kyalo’s sweetheart with the caption “Happy Birthday to your best”, threatening to unleash his identity.

“Happy birthday to your best. Should I reveal his identity?” read the post.

Kyalo and her former husband were engrossed in a dramatic divorce, coming just a few months after their lavish wedding.

Early this year however, the former husband tied the knot an indication that he had moved on with fans going after Kyalo and faulting her for the failed marriage.