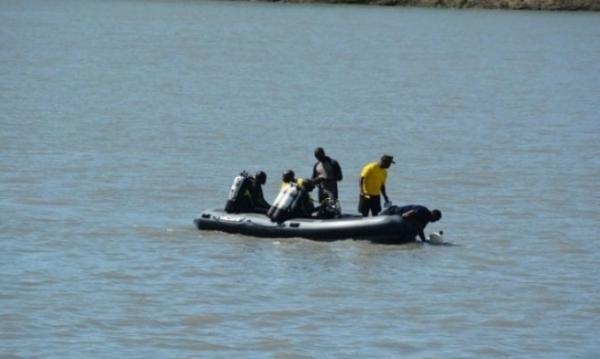 However, his efforts were thwarted halfway by rescue divers who were on a boat.

The delay in ferry operations inconvenienced many people who needed to cross to the mainland and vice-versa as efforts to recover a vehicle that sunk at the channel were stepped up.

The governor was speaking during a meeting with Japanese ambassador to Kenya H.E Ryoichi Horie.

Earlier, Joho condoled with the family of the woman and her daughter who lost their lives in the accident and asked for patience from members of the public.

“I have sent for experts from South Africa to join efforts with multi agency teams that are working round the clock to retrieve the bodies.

“We are vividly urging ferry authorities to enhance safety measures and consider mounting movable barriers to secure cars that may develop mechanical problems and pedestrians.

“This is not the first time this is happening. My condolences go out to the family,” he said.

By the time this article was published, the search recovery teams were still at the channel combing mapped points for the recovery of the two bodies and the vehicle.

Doing things that are not of value:Time to order our priorities as believers.