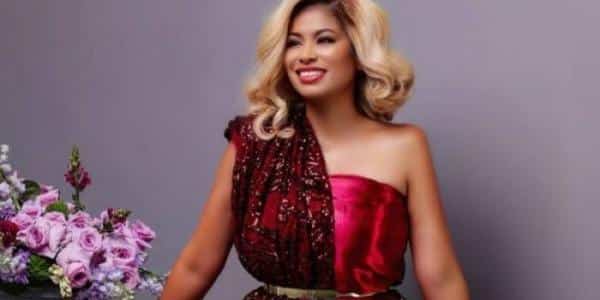 Julie Gichuru Reveals Being Homeless After Parents’ Divorce: Renowned Media personality Julie Gichuru on Monday, November 3, opened up on the woes she went through after her parents divorced.

In an Instagram message to her nearly 900,000 followers, Julie shared a lovely photo of her 21-year-old self as she recounted how tough the year 1995 was for her.

“I was in the throes of deep depression. My parents divorced, dad remarried and mum emigrated. I had no home to go back to,” her post read in part.

She went on to state that after the divorce, she did not have enough funds to complete her law degree, at the University of Cardiff in Wales, United Kingdom.

Julie further described that during this time, she was full of anger and continually vented her frustration to God but despite all that, she somehow managed to hold on to her faith.

“I lamented with God, I told Him I was so angry with Him, but I still loved Him and I asked Him to hold me tight and never let me go,” she stated.

After a tedious job hunt, she eventually secured two jobs and was able to complete her studies.

“I didn’t know where I would end up but I knew knowledge would get me there. As long as I had breath in my body, I was going to get there,” Julie ascertained.

Ealier on in 2017, the former media personality posted a letter from her 22-year-old younger self opting to be thankful for life, family, work and love despite having a bad 2016.

“It’s so easy to look back at 2016 and say it was a crap year; annus horribilis. However, stop yourself! Remember you have so much to be thankful for. I could never have dreamt of the purpose and fulfillment that would come to us. Though I guess to others I always seem strong, full of life and unstoppable, a few close friends know the mental and emotional anguish I have gone through, the anger and depression amidst struggle for an education and survival,” she had posted.

Julie’s career in the media over the past 15 years has seen her work across the fields of broadcast, print and digital media.

In May 2019, she was appointed to the board of the Kenya Export Promotion and Brand Agency, an organisation mandated to address bottlenecks facing exporters and producers of export goods and services in order to increase the performance level of the export sector.

In 2015 Julie quit her job at Citizen TV job and launched her own production house known as Arimus Media Limited which is focused on the African content.

She is currently the Independent Director at Acumen Communication Limited and is also a Fellow and trustee of the Africa Leadership Initiative EA.

What Mutua victory means for Kalonzo

VIDEO: Watch Kenyan Marathoner Narrate How He Outran Two Bears in the U.S