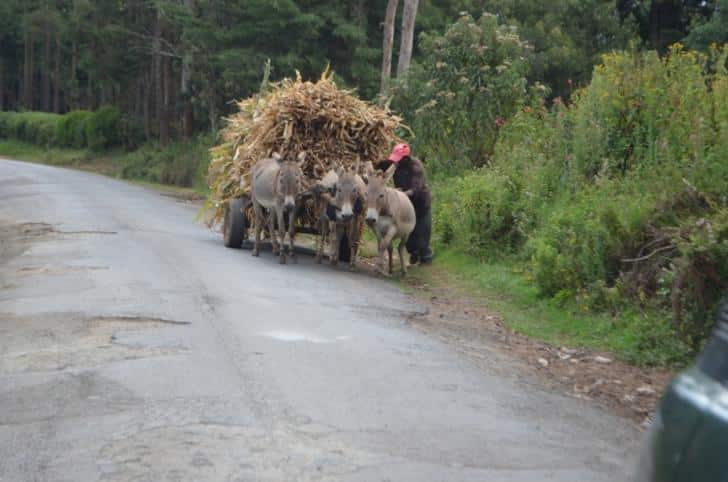 The people of West Pokot are dominating the news. The rains have come and caused mudslides taking men women and children with them. Deputy President called it a “Horror Movie.” They represent a poor part of the republic, but to say they are the only ones who are hurting would be an understatement.

The villagers are making noises about the state of the Kenyan economy. For some reason, the villagers are concerned that their pocket books are empty. Social media is crude and is suggesting, through dramatic ‘propaganda’, that the politicians are not doing anything to alleviate the suffering of the common man, the villager.

Up there in my neck of the woods, near Kinare Forest, the Boda Boda are for some reason developing strange theories about why they do not have money in their pockets. As I listen to them, I realize that there is a major disconnect between those people in television and those people outside the television watching from some chai joint in Kimende. According to the theories circulating around a lot of empty pockets, the president has taken their money away. This is a very serious conclusion in the village because for some reason, I never thought that president Uhuru Kenyatta controls the money in the country. That responsibility seems to be the work of one, Mr. Njoroge from the Central Bank of Kenya. And he is a very well spoken catholic.

The villagers insist that the reason why they are poor is because of the president, “We do not know where he has taken the money.” They say adamantly. The reason they give are well thought of and ‘changiered’ among the village elite! “Unajua wewe professor huishi huku kwa hivyo huna copy.” They point to the fact that I am a diaspora and I have no knowledge of the daily struggles of the common Kenyan, even though I am sitting around with them having Ugali.

“Even this ugali we are eating has issues.” They say, repeating some news report that the Unga in Kenya was somehow contaminated. I do not question their judgment because when I went to visit some rich friends of mine near Muthaiga, they served mchere with a cautionary statement, “siku hizi tunakula mchere. Hii unga ina mambo.” I was not in the loop on the Unga so I was silent until I heard the story echoed in the village.

According to the villagers, nothing is right with the current situation in the republic. They move away from discussing empty pockets, food, and Chinese products to all things politics. “Have you heard about this new thing they are calling BBI?” They ask me. I was not sure what they were talking about.

Kenya Police Officer Kicked out by Wife over Coronavirus…

Corona Virus: Stop Blaming the Devil, he is just adding up…

They use the typical Kenyan method of describing things to enlighten me. You know in Kenya things are never taken at their face value. Kenyans always find ways to describe things in their own village ways. For example during the time of the political party PNU I heard one villager call it PANUA with very crude implications that I, as a priest, cannot disclose. In this case, BBI was described as BEBA BABA IKURU.

I laughed, not out of amusement, but out of pity for the group that was meeting in Bomas of Kenya to launch what they termed “a new Kenyan initiative” Building Bridges Initiative.

In the village, the initiative had already been baptized into a definition that fits what they believe the purpose of those in Authority is: To Make Sure they stay in power.

The villager is arguing that the reasons given by the Bomas meeting is just a smoke screen to cover up the intentions. What is amazing is that the delegates who attended the launch were people who, according to the Kenya Media, were leaders in their own communities. Apparently nobody told the villagers in my neck of wood that they were well represented.

According to them, Beba Baba Ikuru has one objective: To robe off William Ruto the authority within the presidency. “Why didn’t they have this initiative before?” they ask one another. “Ruto knows and he will not support this thing. And we stand with Ruto.” They conclude.

As the ugali vanishes from the plates, I am left with memories of my father. He once told me, “People are not fools. They know when they are being taken for a ride.” He also told me that when a politician uses the words INCHI YETU, he means it because, like those donkeys used in my village to carry majani ya ngombe, the mwananchi carries them. And apart from the donkeys, the villager is broke!