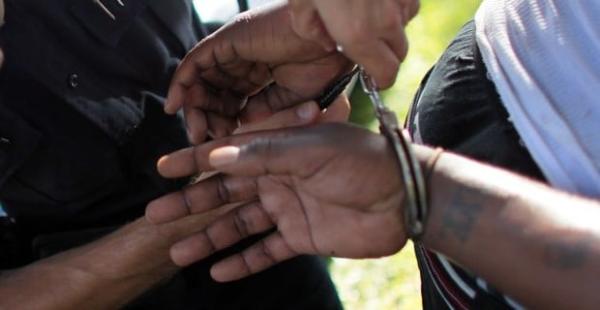 Kenyan Woman Arrested in Thailand with Cocaine in the stomach: A Kenyan woman whose identity is yet to be revealed was busted with cocaine at the Suvarnabhumi airport in Bangkok, Thailand.

Thai officials said that the woman swallowed more than one kilogram of cocaine to avoid detection. She was however subjected to a x-ray.

”An x-ray showed she had swallowed 1.2kg of cocaine in a bid to avoid detection,” Niyom Termsrisuk, a Thai official said.

She was apprehended following a joint operation by the Office of the Narcotics Control Board (ONCB) and the Air Interdiction Task Force (AITF).

Reports also indicate that she arrived in Bangkok from Angola.

In August, a Kenyan national Glenn Chibasellow Ookow was arrested at the same airport after he was found in possession of 68 cocaine capsules.

He too had swallowed the capsules. Ookow was arrested alongside a Nigerian national, Osita Joseph Ukpa, who authorities say had allegedly hired the Kenyan to bring in drugs to Thailand and other countries in the region.

According to international media reports, Thailand has long been a major drug smuggling hub, with its porous borders and lax law enforcement making it easier for transnational crime networks to transport their goods.

Bedroom fight: The machinery has been tested,death of NASA and Jubilee

Advice To My Brother: Why You Lost Her By Liz Ekakoro

Anne Waiguru: NYS Sh10 billion scandal does not shock me

Loud Music:Matatu crew gets overdose of own medicine