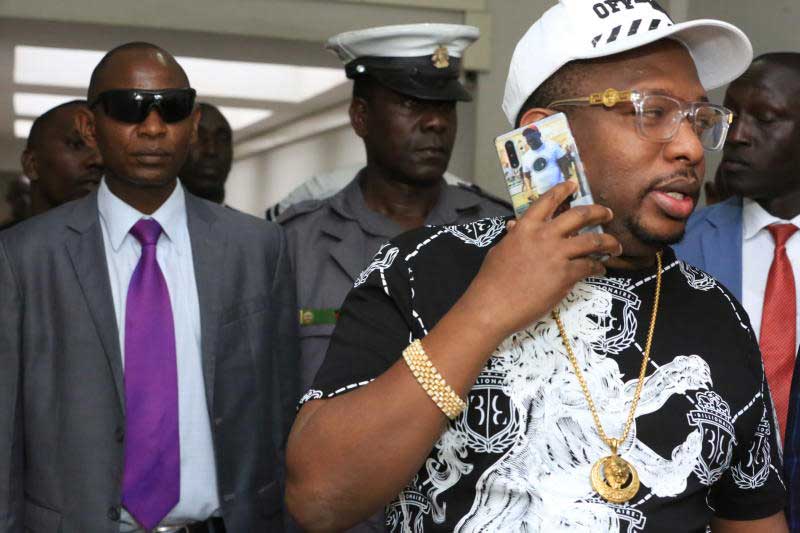 THE BULLY NO ONE DARES TO TOUCH: He has the money, the guts and energy. He prides in his criminal record. He has threatened rivals, intimidated county workers and scandalised women leaders. He has a public office but runs a fearsome parallel outfit that is a law unto itself. He has cowed even top government officers and detectives. A populist whose antics excite some – a master of expletives – his leadership style is suffocating the city. How do you solve a problem like Sonko?

Nairobi Governor Mike Mbuvi Sonko has responded to an article by the Standard newspaper on Friday 22 November titled ‘Is Sonko the most dangerous man in Kenya.’

The City Governor, in his response, first started by thanking the Standard for publishing the article citing that it has made him more popular and powerful.

Sonko then went ahead to list a number of reasons proving that he indeed is the most dangerous man in the country.

To start off, the Governor first stated that he is the most dangerous man because of a survey released by the Ethics and Anti-Corruption Commission (EACC), that lists the most corrupt counties in Kenya.

“Yes I am dangerous because during the previous years before I became the Governor, Nairobi used to be among top 3 most corrupt counties in the EACC list of corruption survey analysis,” said Sonko.

“Today I am shocked that according to their own survey on corruption analysis of 2018 released 2 days ago by the EACC commissioners at the illegally acquired Intergrity Centre, Nairobi is not even in the list of top 20 most corrupt counties.”

The City boss goes on to acknowledge how money collected in cash now directly goes to the bank to avoid theft.

“I am the most dangerous man because the revenue that used to be collected in cash at the cash office at City Hall and later stolen using sacks now goes to the bank directly.”

The Governor says he is dangerous because he has ensured that the County workers get paid on time.

“I’m dangerous because for the last 2 years I have been in office, I have ensured that over 14,000 Nairobi City County staff are paid their 1.2B salary on time every month,” says Sonko.

Addressing on the issue of land grabbing, Sonko says he has managed to deal with land grabbers and made sure original owners got back their properties.

“Yes, I am dangerous because so far I have managed to repossess and restore back to the original owners grabbed or stolen private (belonging to the rich and the poor majority of whom are widows) and public properties worth over Ksh31 Billion,” stated the Governor.

I. The Doctorate Degree by the Dubai and European University for the humanitarian job of helping the needy.

III. An honorary membership by International Police Association (IPA) by virtue curbing crime in the City, and lastly…

A section of Kenyans on social media agreed with the Governor’s sentiments and congratulated him for his efforts.

Vybz Kalastie says, “they are fighting you because you didn’t involve them in developments… they want to be included so that they can use our taxes and resources for their own benefits, wavumilie bado tunasoga mbele.”

Walkine K.Kisyula says, “Mike sonko, I might not know much about you(especially the -ve side) but one thing that I admire and love of you is you have a heart ?that cries when you see people suffering, especially through the sonko rescue team you have earned a place a special place in heaven.”

Kenny Balo says, “They can hate forever but one thing will remain Sonko is an enigma Loved and respected in the whole country and he is the best performing Governor in Kenya.”

Police say raiders may have been tenants in mall

Kansiime Anne To Perform In Oslo,Norway

Nairobi Ranked Second Most Expensive City In The Continent

VIDEO:Drama as Nairobi MCAs fight during motion to impeach Kidero

DEVOTION:DO NOT TOUCH THAT ROPE!