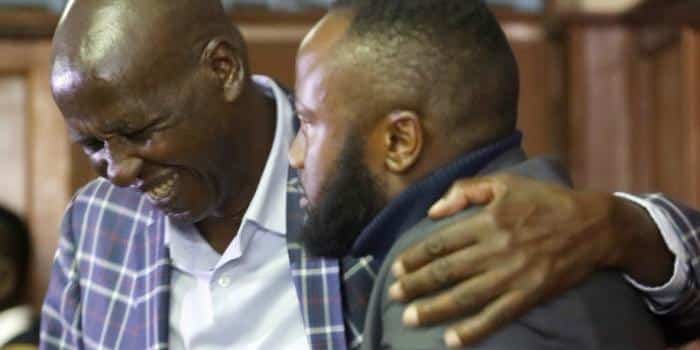 Joseph Irungu, alias Jowie, who was the main suspect in the murder of businesswoman Monica Kimani, sued the government over what he terms as “inhuman treatment”.

First reported by K24 Digital, Jowie’s lawyer Hassan Nandwa filed an application at Milimani Law Courts, requesting the court to issue an order for the Commissioner of Prisons to stop subjecting him to “cruel treatment”.

He claimed the suspect needs to fill a P3 Form to document injuries he sustained in prison due to the alleged cruel treatment by warders.

The suspect also sought to have the court order  Commissioner General Prisons Wycliffe Ogalo to escort him to Kiambu Police Station to make the report.

Jowie claimed he was assaulted by prison warders while at Kamiti Maximum Security Prison, where one warder allegedly threatened to kill him.

The application by his lawyer also mentioned the poor conditions of Jowie’s cell, indicating that the room was infested with dangerous snakes and lice.

The suspect had since gone on a hunger strike in a bid to express his frustrations and mistreatment.

“It is only fair and just in the wider interest of justice that the applicant reports his assault for legal action against the prison officers culpable,” claimed Jowie’s lawyer.

Speaking to K24 Digital on December 11, Jowie’s father, Julius Irungu, broke his silence over his son’s 1-year incarceration where he claimed that the suspect was facing continued threats while in prison.

The father also claimed that his son had confided in him that he was transferred to Manyani after facing death threats from a warder at Kamiti Maximum Prison.

He intimated that since his son arrived at Manyani, he has not been eating after suspecting that his meals were compromised and appeared distinctly frail.

Kenyan gov’t official wins academic excellence Award in the US

Kenyan passes away in Newark, Delaware.

Mutula Kilonzo cause of death a mystery until July