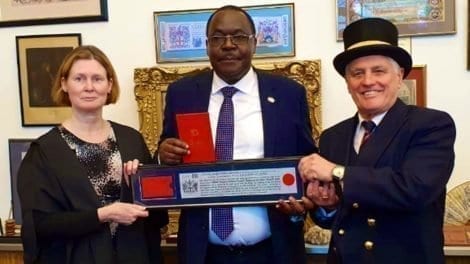 Juvenal Shiundu, a high-ranking Kenyan at the International Maritime Organization (IMO) headquarters in London has been awarded the Freedom of the City of London.

The news of his award was shared by her daughter Arnolda Shiundu on his Twitter handle.

The IMO is a specialized UN agency responsible for measures to improve the safety and security of international shipping and to prevent marine pollution from ships.

Mr Shiundu has worked with the organization for the past two decades and is set to retire from the IMO on December 31, 2019, after rising through the ranks to his current position over a period of 22 years.

Earlier this afternoon, my dad @JJshiundu was awarded the Freedom of the City of London. He is the second Kenyan to receive the honour, whose past recipients include; Nelson Mandela & Archbishop Desmond Tutu, Late Princess Diana, Winston Churchill, President Theodore Roosevelt. 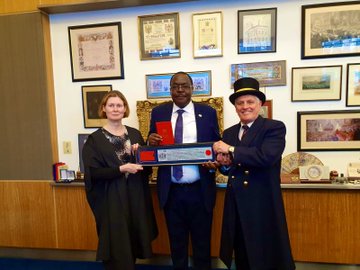 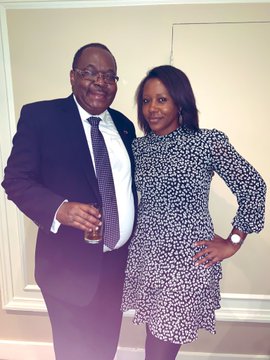 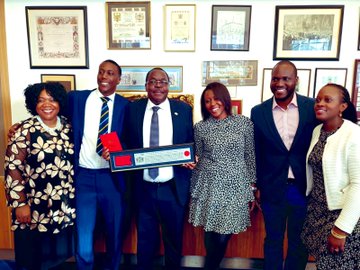 80 people are talking about this
Related Posts
NEWS

The Honorary Freedom of the City of London is generally awarded only to royalty, heads of state, or figures of genuine global standing.

According to Wikipedia the award is the greatest honour that is in the power of the City of London to bestow, and usually takes place in Guildhall in the presence of the Common Council and the Lord Mayor, Sheriffs, and Aldermen, along with invited guests.

Mr Shiundu joins a list of distinguished world leaders and individuals who have received that award in the past.

Some of the past recipients of the award included former South African President the late Nelson Mandela, Archbishop Desmond Tutu, the late Princess Diana, former British Prime Minister the late Winston Churchill, and former US President Theodore Roosevelt among others.

A KENYAN LADY HAS PASSED AWAY IN UK