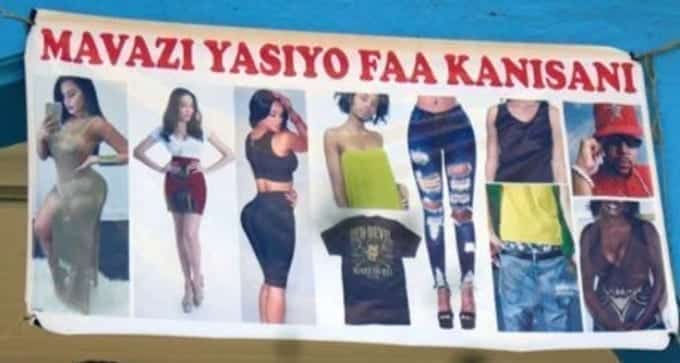 A church in Nairobi has warned its members against wearing ‘inappropriate’ attire to church.

St Peter Claver’s Catholic Church, which is located in the city centre, has put a huge sign at the entrance of the church, warning congregants to dress modestly.

It is not clear what would happen to congregants who break the rules as efforts by the Nation to get comments from administrators of the church were unsuccessful.

Rosalia Alexis supported the move by the church saying that people should wear appropriately for every occasion.

“What you wear to a dance hall or disco should not be the same as what you wear in church,” she said.

But Alex Muinde, 26, had a contrary opinion saying that everyone is free to dress according to their personal preferences and the church should not control what congregants wear.

Kenya is most generous country in Africa, says report