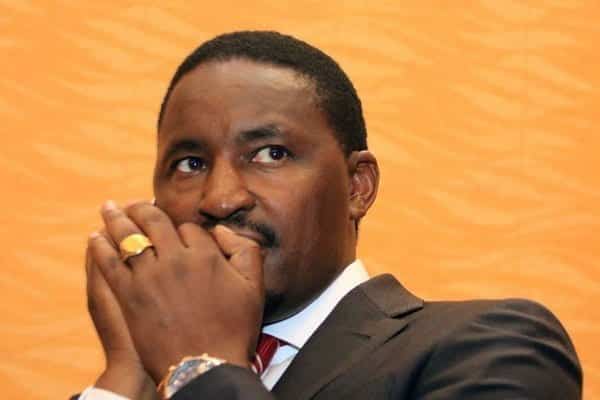 Of all contemporary politicians in the second tier of leadership in Central Kenya after President Kenyatta, former Agriculture Cabinet Secretary Mwangi Kiunjuri is the man to watch.

The man has chutzpah and an audacity that has confounded man. He has twice had the guts to publicly let two presidents know they have treated him shabbily.

A self-made politician, Kiunjuri issued a rare and bold statement with no precedent among Central Kenya political worthies.

He publicly warned the State machinery that had thrown him under the bus that, for every action, there will be a reaction.

“You keep cool, I keep cool, you speak, I speak,” Mr Kiunjuri warned.

And, as if to leave no doubt he meant the things he said on TV, including claims of humiliation while in office, Kiunjuri took out prominent half-page adverts for his personal statement after being dropped from the Cabinet.

By making the statement, Kiunjuri was issuing a public protest against the notion that his sacking was on claims of misconduct that saw him summoned to the Directorate of Criminal Investigations (DCI) last year.

It is important to recall that Kiunjuri held a press conference outside the DCI offices where he claimed some forces were out to fix him and to hoodwink the country that “the war on corruption was even-handed”. He wanted his audience to view the summons as political persecution to achieve political ends.

At the same time, Kiunjuri’s warning to those he alleged were out to fix him had to do with where he comes from, that is Nyeri County, the home county of former Transport and Infrastructure CS Michael Kamau, who was sacked from the Cabinet in November 2015.

He was charged in 2015 with abuse of office and alteration of the design for the building of Kamukuywa-Kiptama-Kiptama-Kapsokwony-Sirisia road in 2008 when he was a permanent secretary.

The case is among those the President laments are being handled at a snail’s pace by the Judiciary.

Pundits intimate that Kiunjuri’s threat that he could spill the beans includes putting the Kenyatta administration on the spot for alleged misuse of the Judiciary to fix political rivals, or getting rid of senior civil servants inherited from the Kibaki administration like Mr Kamau to create jobs for ”new kids on the block”.

Kiunjuri’s move is reminiscent of his 2008 dismissal of his appointment as an assistant minister for Water — too dismal a reward for all the sweat he had put into the 2007 re-election campaigns.

He later took it up after being cajoled by Kibaki supporters and aides.

In the last three years, Kiunjuri has carved the image of a man of the people with drive and wherewithal, galvanising support against what he calls an attempt to bamboozle voters through the Building Bridges Initiative (BBI).

Kiunjuri is among senior politicians from the Central region who have repeatedly “cautioned” the Gema Nation that it risks losing political relevance in the post-Kenyatta dispensation if it peels away from the DP.

“Mwaga guthikiriria muthamaki, thakame no ikamucokerera (If you fail to heed your leader’s warning, your blood will be upon your heads),” he said mid last year in Nyandarua.

Kiunjuri has risen head and shoulders above a veritable raft of old warriors and young pretenders from the region involved in the scramble for the mantle of running mates in the 2022 presidential contest.

His closest rivals, like former Kiambu Governor William Kabogo and former Gatanga MP Peter Kenneth, are yet to wage an overt campaign preferring to play it safe.

The current state of suspended animation in the region’s politics has not been made any easy by President Kenyatta’s hints that he intends to play a role in his own succession.

This is unlike President Kibaki who left no room for speculation that he was keen to exit the scene at the end of his second term, granting the next generation of politicians room to emerge and chart their course.

“We have a beautiful bride (rich vote basket), but if not careful, someone is conniving to collect the bride price on our behalf if we keep quiet. If you want to know more ask me,” Kiunjuri has often warned in vernacular.

He is coy, though, about who is conniving to collect the “bride price”.​