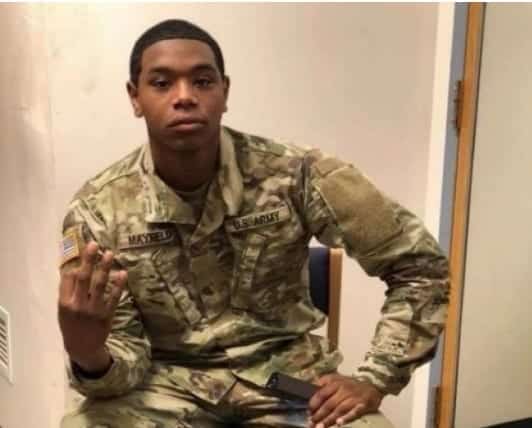 Henry Mayfield Jr, a US Army Specialist from Chicago, lost his life on Sunday morning after an attack by suspected terrorists at a military base in Manda Bay, Lamu.

His family revealed that military officials had reached out to them to convey the heartbreaking news of the attack that also claimed the lives of two Defense Department contractors.

Mayfield’s mother Carmoneta stated that the last time she spoke with her son was on New Year’s day and he said he would be alright.

“He loved his family and spending quality time with his siblings,” Carmoneta, Mayfield’s mother, said.

“I last spoke with him New Year’s Day via FaceTime. We discussed him not having to go to Somalia and he told me everything was good and safe at his base,” she was quoted by NBC 5.

“He told me everything would be okay. Those were his last words to me,” she added.

The deceased joined the Army after graduating from Hillcrest High School and attending Northern Illinois University.

He joined in June 2018 and graduated from basic training in October of that year.

Al-Shabaab claimed responsibility for the attack but delinked it from the ongoing diplomatic tiff and tensions between the US and Iran, following the assassination of Iranian general Qasem Soleimani in Baghdad.

Al-Shabaab said the camp was targeted because it has been used by the American and Kenyan soldiers to attack Somalia.