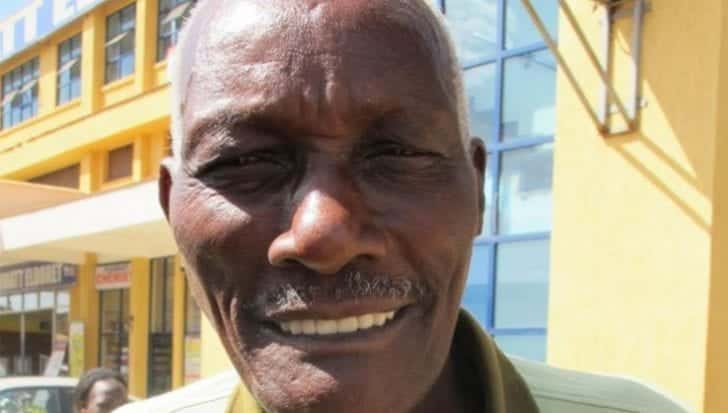 Prominent Uasin Gishu farmer-cum-politician Jackson Kibor now says he is “unaware” of a men’s conference penciled in for February 14, even as social media users continue to claim that the meeting is on.

Speaking to K24 Digital on Wednesday, February 5, Kibor said no one “has invited me to address any meeting known as a men’s conference”.

“I am yet to receive an invite to attend the said-men’s conference. However, if anyone calls me to address an all-men meeting, I will make myself available,” said Kibor, who suggested the only men’s conference he was aware of, was the one he chaired on October 21, 2019 in Eldoret.

“Even as the 2020 men’s conference is yet to take place, I am humbled that there is a section of men who believe that I’m among the best-suited men to offer advice on matters marriage, investment and leadership,” said Kibor.

Kibor’s claim — that he is unware of the scheduled men’s conference — contradicts an earlier statement he had made on Citizen Television, in which he claimed the meeting was on.

“Men’s conference is on. The key agenda will be educating young men on investments, family and leadership. One of the key areas we will emphasise on is why young men should shun excessive drinking of alcohol. Liquor should only be used to enjoy good moments, and not make you dependent on it,” said Kibor, who, in the live TV interview, did not reveal the exact date of the said-meeting.

In October 2019, Kibor arranged and presided over what Kenyans termed as the first “real” men’s conference after the concept hit the Interwebs in February that year.

Attendees parted with Ksh2, 000 each for the event that was held at Noble Hotel in Eldoret, Uasin Gishu County on Monday, October 21.

K24 Digital understood at the time that at least 200 men, including wealthy businessmen from Uasin Gishu County, attended the 10-hour session that began at 8am and ended at 6pm.

Kibor said he got the idea mid-last year after Kenyan men christened him the “chairperson” of their outfit in February.

The concept of the “men’s conference” was given birth to ahead of the 2019 Valentine’s Day. Most Kenyan men joked online that — in a bid to avoid spending money on their women on February 14 — they would lie to their partners that they were holed up in a two-day men’s conference that began on February 13 and ended on February 15.

And, the reason why they settled on Kibor as their “chairperson”, the men said: “He [Kibor] is in his 80s, yet he still has the energy to attend to his wives, the same way a twenty-something year-old would attend to his girlfriend.”

Kibor, 86, has been married four times, and divorced twice. He formally ditched his second wife in October 2017, and third wife in December 2018. He, immediately, married Yunita; his fourth and youngest wife.

Yunita, however, says she got married to Kibor in 2002, and that allegations she met Kibor after he “dumped” his two wives are baseless. Yunita also refutes claims that she tied the knot with Kibor so that she could benefit from his vast wealth and money.

The love drama that erupted around Kibor earned him the moniker “chairman”.

In his address at the event themed “Men and Seven Mountains of Social Influence”, Kibor urged men “not to be easily swayed by their women”.

The millionaire-farmer also cautioned men against being violent towards their spouses, saying: “A true man, never beats up a woman”.

“I always advocate for men to be strong. They should strive to fight for their rights, even when they are old,” said Kibor.

The 86-year-old also urged men to shun the temptation of waiting for their wealthy parents to pass on their properties to them.

“Build your own empire from scratch,” he said, revealing why he refused to transfer a 1, 250-acre parcel of land to his sons Elkana Kipleting, Evans Kipkosgei, Eric Kipchumba, Raymond Kibitok and Edwin Kipkoech.

“I decided to rescind a decision of transferring the land to them after one of the five became an alcoholic,” said Kibor.

According to the octogenarian, the son who succumbed to alcohol addiction became lazy, and couldn’t raise “the normal” Ksh4 million from a maize farm that he [son] used to till.

The men’s conference in Eldoret was attended by, among others, ex-Elgeyo-Marakwet County Assembly speaker Albert Kochei, who moderated the session, and Bishop Jackson Kosgey.

Kochei told K24 Digital that the event was organised to assist men who are battling identity crisis.

The former speaker said they settled on Kibor to chair the meeting because he has “unparalleled success” in agri-business.

Kibor warned men against adopting quick-money tactics, saying: “Remember, money gotten through corrupt dealings will come back to haunt and embarrass you in the future.”

The “chairman” in 2017 and late 2018 hogged media headlines for divorcing two of his three wives in quick succession, citing “cruelty, desertion and being denied conjugal rights” as key reasons for the separations.

On October 21, 2019, however, Kibor sensationally said he wasn’t the one who ditched his women, but it was his now ex-wives who went to court and successfully applied to dump him “after staying with me for more than 40 years”.

And, from that experience, Kibor advised men not hold on to “abusive and unpromising relationships”.

“When the marriage hits rock bottom, and there are more sorrowful days than blissful ones, then don’t hesitate leaving that union. Walk out before it becomes a disaster,” he said.