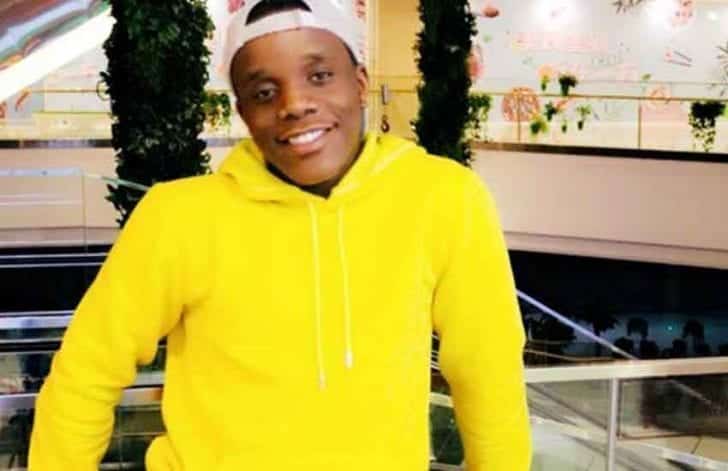 The family of a fourth-year student who was found dead on February 27 outside his hostel in Shenyang City, Liaoning Province, China, has denied claims that he committed suicide.

Speaking to the Daily Monitor, Dorothy Wagalinda stated that her 22-year-old son, Shafiq Mbogo, was in constant communication with her and would have revealed if he was troubled at Shenyang University.

According to Wagalinda, authorities should investigate how the International Business and Trade student died before his body is flown to Uganda for burial.

“Yes he is dead but the story you saw is not true. My son never committed suicide and he was not at the balcony as it is stated in the report. He didn’t have reason to kill himself because I was talking to him every day.

“He was my best friend. At least he would have told me if he had a problem disturbing him. I had just talked to him,” said the UK based mother.

A point buttressed by the deceased’s brother – Isaac Newton – who poked holes on claims that Mbogo jumped off the balcony of his fourth-floor apartment.

“Shafiq was not sleeping on the fourth-floor where they said he died from. How does someone fall down, and he does not sustain any fracture? Even his hood was intact. I think Shafiq was killed. I had been talking to him.

Kenyan Man John Gatambia Elected Student’s President in a US…

“He didn’t show any signs of frustration. I last talked to him on Wednesday when he asked me to send him money to renew his visa, only to wake up yesterday to the sad news that he had died,” said Newton.

But according to Uganda’s acting ambassador to China, Philip Kanyoonzi, initial investigations into Mbogo’s death ruled out homicide.

“Initial information indicated that Mbogo had died after he fell off from the balcony of his hostel. The embassy has contacted the school administration and the Public Security Bureau who confirmed the death and informed that investigations are underway before they can formally communicate to the embassy about the actual cause of death. They, however, informed that initial investigations ruled out homicide,” said Kanyoonzi in a statement.

The death adds to an already tense situation for students drawn from Africa who are stuck and on lockdown at Chinese Wuhan City due to Coronavirus outbreak.

According to Kenyan ambassador to China Sarah Serem, the situation in China is dire and that the anxiety and burden of bearing the emotional burden of the close to a hundred students cannot be described.

“I think of the team of student leadership, who on daily basis have to bear and address every emotional moment of the students; I think of Wamboi, who’s alone in her university and has nobody to reach out to. This lot has become my centre of focus, and my very reason to remain strong and resilient. My one and the prayer of the moment is “how long oh Lord will you allow this enemy of the human race to take precedence over your goodness,” read part of her emotional statement.

Boinnet asks Raila to get facts right on officers, not see rigging everywhere