A Kenyan of Asian descent who arrived in the country on Friday, March 6 has died.

The man who flew from India is said to have had symptoms similar to those of the deadly coronavirus disease (Covid 19).

The 56-year-old man, whose name was not revealed, is said to have been admitted at a private hospital in Nairobi before his demise. 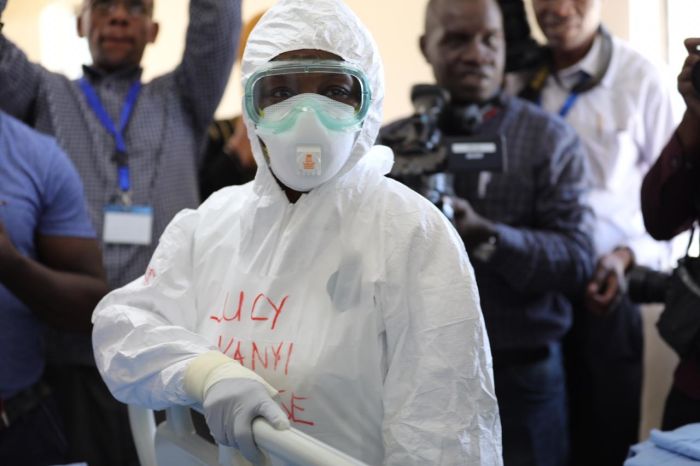 A health practitioner in protective gear at Coronavirus treatment and isolation facility in Mbagathi District Hospital, Nairobi on Friday, March 6, 2020.

It is said that the man arrived home then when his body temperature rose and had difficulty breathing, he was rushed to a private hospital, where he died hours later in the ICU ward.

According to Citizen TV, officials from the Ministry of Health have taken samples of the man to establish what exactly he was ailing from.

However, the officers stated that the man could be exhibiting the coronavirus symptoms but may not have contracted the disease.

This comes a day after the government set up a Coronavirus isolation facility that was opened at Mbagathi District Hospital in Nairobi.

The centre was launched by Health Cabinet Secretary Mutahi Kagwe who was in the company of Government Spokesperson Colonel Cyrus Oguna, and Foreign Affairs CS Raychelle Omamo on Friday, March 6.

Kagwe stated that the facility was not only an isolation camp but would also serve as a treatment centre.

“We have an emergency response unit going around everywhere that will respond immediately to any issue. We have also activated the emergency centre, closely monitoring the evolution of the virus to enable us to follow up on the case,” Kagwe stated, further noting that the government had set up screening facilities at every port and border point. 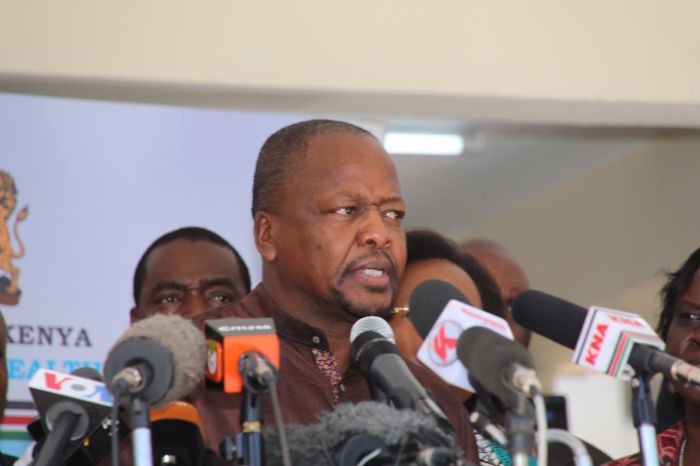 Ministry of Health Cabinet Secretary Mutahi Kagwe addresses the media from the Mbagathi District Hospital on Friday, March 6, 2020.
BY SIMON KIRAGU
KENYANS.CO.KE
0
Share
You might also like More from author
KENYA NEWS