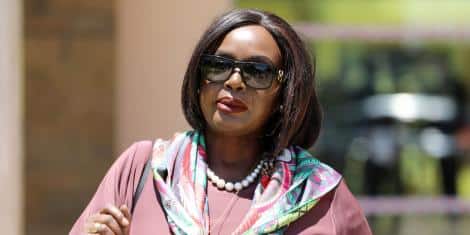 Foreign Affairs Cabinet Secretary Raychelle Omamo on Wednesday, May 13 revealed that a total of 30 Kenyans had succumbed to Covid-19 abroad.

Omamo was speaking while appearing before Parliament where she revealed that cumulatively, 193 Kenyans in the diaspora had tested positive for the virus.

She added that 88 Kenyans were undergoing treatment with 4 being in intensive care units (ICUs) of various hospitals abroad.

The meeting was held via a video conference to provide the Senators with an update on the Ministry’s response to Covid-19.
Related Posts
NEWS

Omamo also provided an update on Kenyans in Wuhan, China majority who are students noting that they have urged the universities to offer some stipend to them.

The former Cabinet Secretary of Defence also revealed that the Ministry of Foreign Affairs had at the time repatriated a total of 744 Kenyans from around the globe.

Omamo added that the ministry had formed an emergency committee chaired by Chief Administrative Secretary (CAS) Ababu Namwamba to monitor Kenyans in the diaspora.

“Yesterday (Tuesday) the President held a meeting with heads of states in East Africa and they formed a committee to look into the truck drivers border issue,” noted Omamo.

On Tuesday, May 12, the Kenyan High Commission in the UK announced that a second flight from London had been availed to take off on Friday, May 15.