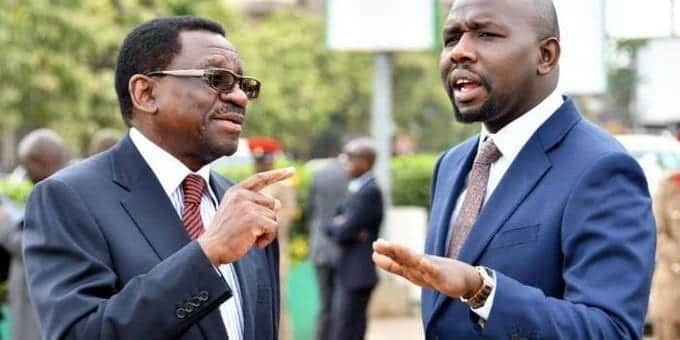 This came after Orengo appeared to cast doubt over Murkomen’s qualifications.

Murkomen asked whether Kindiki had been served with the ‘charges’ for his removal and Orengo asked him to specify the provisions in the constitution that call for the same.

“Mr. Speaker, I’d like to know from your office, was the Deputy Speaker served with the charges for his removal. Was he also notified of this sitting plus the charges and was he given the opportunity to get the charges against him?” asked Murkomen.

To which Orengo responded: “Mr Speaker, he (Murkomen) should specify the provisions of the Constitution that require the charges be made available to any Speaker or Deputy on whom a motion of removal has been tabled in the House.”

The Siaya senator suggested that Murkomen should read widely, something that irked the man from Elgeyo Marakwet.

He said that he went to the same university with Orengo and has two master’s degrees yet the Siaya senator has none.

Murkomen further stated that he graduated with a second upper yet his colleague had a second-lower.

“Senator Orengo has over and over again insulted me and my education. He doubted my knowledge of law.

“Mr. Speaker, Senator Orengo and I went to the same university even though the difference was 26 years. I have two master’s degrees in law, Orengo has none.

The Truth Behind Viral Photos of Alleged Kenyan Notes