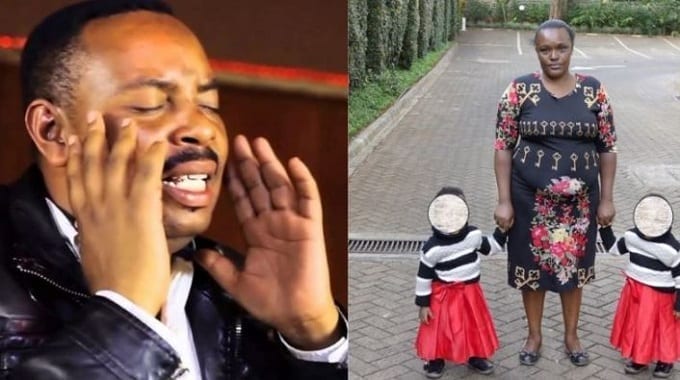 The gospel singer made headlines early last year after his baby mama, Rose Wanjiru, went public about their affair that resulted in the birth of their twin daughters. She also alleged that the ‘Tabia Mbaya’ hitmaker abandoned their children and had even threatened to kill her for refusing to abort before they were born.

The allegations prompted Githae to confess to cheating on his wife of 18 years while also denying that he was deadbeat dad to his kids.

“Contrary to what Wanjiru says, I have constantly featured in the lives of our girls. I have always taken care of them.

“I have been taking all the responsibilities. I have been paying the house rent for her, doing everything for her. This woman is out to tarnish my name,” he said.

Over a year later, Githae says some of his friends and acquaintances still remind him of his past even though his family forgave him.

He said that lately, he has met several people, including artistes, pastors and leaders, who are suffering from depression because of negative things that happened in the past.

Githae said unlike his counterparts, he has soldiered on and refused to fall into depression.

“It is deeply eating them in the present. Sh*t happens as it happened to me a few years ago and was exposed early last year. I became a laughing stock but I refused to die. I remained strong,” he said.

“I refused depression. I prayed for forgiveness from family, friends and the public. Most forgave me but a few keep reminding me of that bitter past,” he added.

The singer encouraged others to: “Believe the report of the Lord for He is a God of a second chance. Be resilient.”