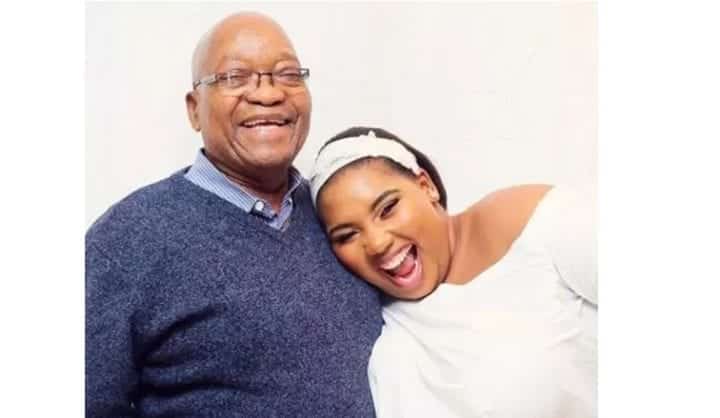 This is according to media outlets in South Africa, which have reported that Nonkanyiso has since deleted all photos of Zuma on her social media pages.

Media reports suggest Zuma, who is 78 years old, was dumped by his baby mama for reasons yet to be made public.

As a result, the mother of a two-year-old is reported to have packed up her belongings and left a plush apartment rented out to her by Zuma in Durban and relocated to her mother’s place in Eastern Cape.

It has also been reported that Nonkanyiso and her father have had a strained relationship since she got romantically involved with Zuma.

Nonkanyiso’s father was reportedly offended after Zuma reportedly failed to show her family respect by completing all necessary rites for their relationship and the two-year-old child they share.

Nonkanyiso made headlines earlier this year when an Instagram post she put up was interpreted to mean she was raising her son without Zuma’s help.

“I have made peace with that I’ll attend school activities alone, travel the world with him alone and take all responsibilities on raising a boy child and installing best values in his life,” she wrote.

Zuma was in office as the president of South Africa for nine years until 2018. He has been married six times before and is reported to have 22 children.

In 2005 Zuma was charged with raping a 31-year old woman. The woman claimed she was HIV positive at the time of the incident.

Zuma defended himself, claiming it was consensual and that he immediately took a shower to prevent infection.