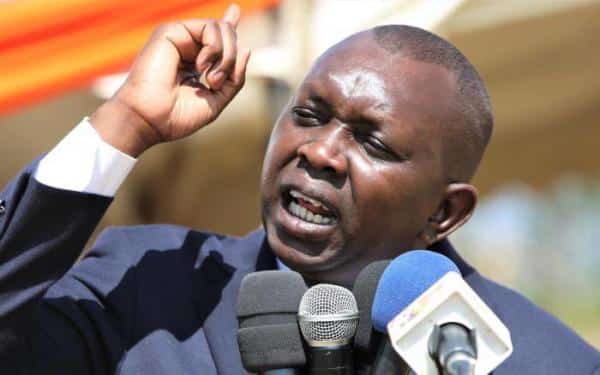 Kapseret MP Oscar Sudi has claimed that the Jubilee National Assembly Parliamentary Group meeting chaired by President Uhuru Kenyatta last week was not as fruitful as others have said.

In a video shared on his social media pages, Sudi vowed to never set foot in State House over what he termed as disparaging remarks by the Head of State.

“No one will live forever. If you are lucky you will only get to 115years.

“You (Uhuru) even threatened us saying you were once told that you resemble your father but your character is similar to your mother’s,” said Sudi.

The lawmaker asked the President to show some respect the next time he addresses them since some are even older than him.

“Do not kill us…you have forgotten we represent Kenyans. Next time when you call us show a little respect. We have families. Some of the lawmakers are even older than you.”

He also asked the President to stop threatening them every now and then, reminding him that National Assembly Majority Leader Aden Duale has always been loyal to him and the party.

“At times I do not agree with Duale but he is one of the leaders who has defended Jubilee Party since day one.

“He has never gone against the wish of the President or the government.

“We must tell Kenyans the truth…our lives are in danger. They even stripped Murkomen of his bodyguards,” he said.

The MP also touched on the relationship between the President and DP Ruto asking the Head of State to show him a little respect.

“Ruto worked day and night to get you votes…now you no longer respect him. You can take all his property but do not take his life and that of his children,” he pleaded with Uhuru.

Another Kenyan dies of food Poisoning at wedding Ceremony