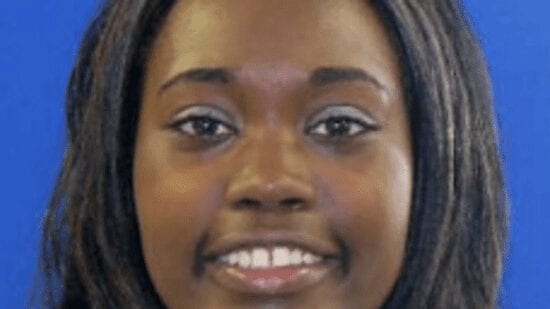 VIDEO: The boyfriend of the Kenya  woman Olga Ooro who went missing from her home in downtown Washington D.C. last week has been charged in her death, police said Friday.

Darnell Sterling, 55, of Southeast D.C., is charged with killing Olga. Her body had not been found as of Friday afternoon.

Police learned the 34-year-old mother had disappeared after her 8-year-old son was found wandering the halls of their apartment building alone.

Sterling was arrested late Thursday and charged with second-degree murder. The alleged crime was “domestic,” police said Friday. Chief of Police Peter Newsham said the previous day that Ooro was last seen with her boyfriend, who had a history of abusing her.

It was not immediately clear if Sterling had an attorney who could comment on his behalf.

Ooro was seen the evening of July 16 walking away from her home in the 300 block of Massachusetts Avenue NW. She had just returned home from dinner with her son and boyfriend.

Ooro’s son was found alone two days later. The boy’s father has custody of the child and he is safe, Newsham said.

“She would never leave her son like that,” Newsham said they told detectives.

Anyone with information is asked to contact police. A reward of as much as $25,000 is offered.