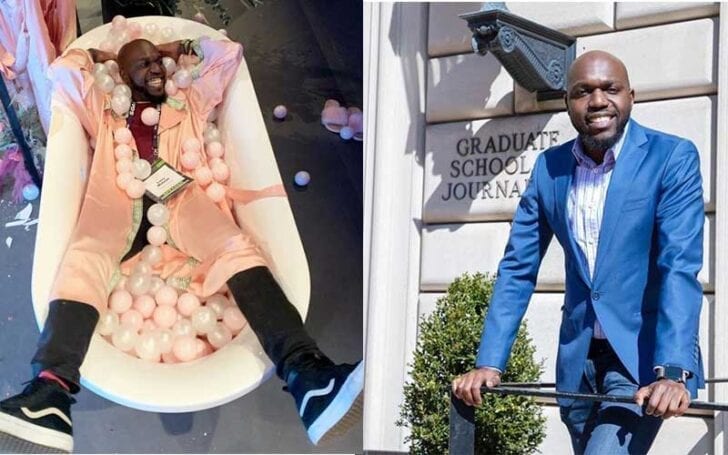 Popular BBC journalist Larry Madowo has officially resumed work after taking a year-long break. Announcing the news on social media, Larry said that he’s now a BBC correspondent in the US and that his first assignment is inside a COVID-19 intensive care unit.

“A year after I took a career break, I’m back to reporting. I’m doing a new thing as a US correspondent covering this pivotal moment in America for BBC News(TV) and BBC World Service (radio) My first story, from inside a COVID-19 ICU, airs today across the BBC,” Larry wrote.

The former BBC Africa Business Editor took a break from his job after being named as of the beneficiaries of the 44th Knight-Bagehot Fellowship in Business and Economics at the Columbia Journalism School.

According to reports, the fellowship provides full tuition and a living stipend of Sh6 million for experienced journalists to take graduate courses at the university

“Friday was my last day at the BBC before taking a break to go to Columbia University in the City of New York.

I offered someone a job then emailed everyone at BBC Africa without a subject, like an idiot I promise I was better at the job itself; hired 30 people in 5 countries, launched 6 shows in 3 languages and lived our best lives,” Larry announced before adding:  “This has been a dream job in every way and leaving it was one of the hardest decisions of my life. An exciting year in New York City awaits but saying goodbye is so hard! I’ll miss everyone terribly.”

Before joining BBC, Larry worked at NTV where he’s credited for starting The Trend entertainment show. In a surprise announce that he was exiting the show three years ago, Larry said: “I’m leaving the show. I’ve decided to leave The Trend and next week Friday will be my final show. Everybody is trying to do what Larry Madowo has done…I can’t compete with my students anymore.”

Grateful Nature At The Heart Of Optiven Culture

Video:Drama as Rogue Cop is Nabbed and beating by other cops