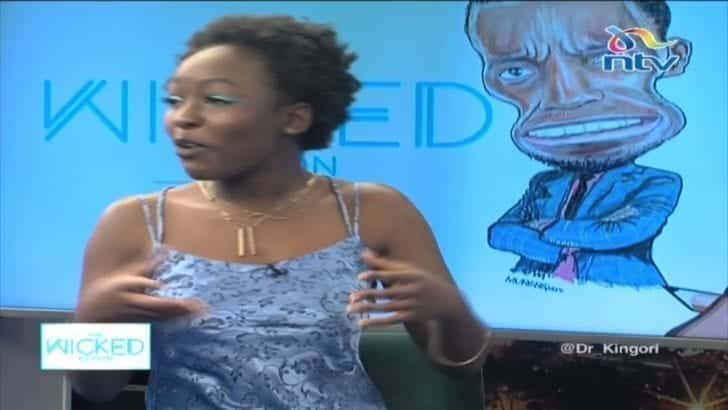 Kenyan comedian, Elsa Majimbo has sparked outrage on social media after claiming in jest she is worth KSh 400 million dowry.

Speaking during an interview with NTV’s Dr Kingori, Majimbo further said that she doesn’t expect a broke man to approach her, describing her type of man as ‘rich’.

“What I expect from that, someone who is broke or someone who doesn’t have money not to approach me, so I tell you what to expect,” Majimbo said.

It was, however, noted that the comedian who is more popular in South Africa than in Kenya, has in past occasions posted videos to the effect she has no time for broke men.

Her remarks didn’t go well with most social media users who slammed her for exaggerating her dowry price.

“Women think they are the only ones who should have standards. A man mentions his standards and he is called toxic and misogynistic. People are not property to be bought. Prizes are won, not bought. Don’t be afraid to reject and call out this type,” one Twitter user said.

Here are more reactions from netizens,

Wise Mask: She is 23 right? Don’t worry my Kings let’s wait till she is 28 and we will get her at discount of 4000 shillings

Gachoki Clara: Well..well… No problem. I hope you’re bringing something to the table as well. A lot of something. Smh.

Felix Muriithi: When it comes to dowry it’s not you to decide how much one should pay..utanunuliwa na bei ya jioni

Philosopher: What are feminists saying about this? Do they agree with their sister that she’s like a commodity to be bought at a price?

Patrick Kim: So what does this lady bring on the table? So that her price is rich people? The Man brings his wealth, what about this lady, only her body? If she wants rich people, then she should be rich too. Not to bring her body to squander somebody’s wealth. Bure kabisa.

Collins Mmosi: I wonder where Dr Kingori got this, why is that ladies with most embarrassing looks are the ones with all this standards na awana kitu mbele ama nyuma

Mandela: The show is about jokes, and this here is a dry joke. 4million dollars has she ever held 500 dollars in her hand!

Freddy Mayo: he said 4 million dollars !!! I’ve never seen a woman negotiate for her dowry. Mwingine hapa asked for a million but at end of the day we paid ksh 15,000