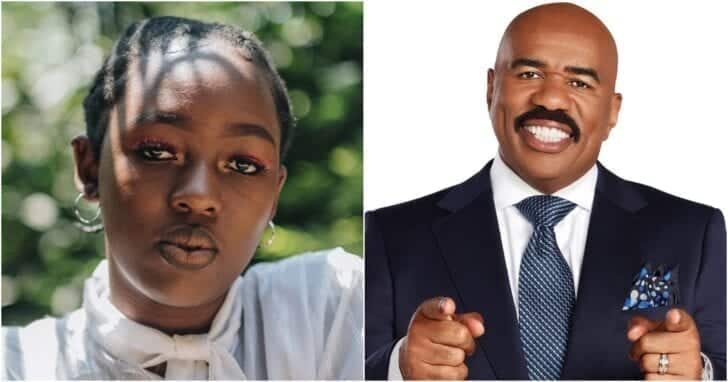 It takes talent to reach the stars but it takes authenticity for the world to maintain you at the top.

Elsa Majimbo is no longer a name bound within its locality, turning from a local comedian into an International star amid a pandemic.

Now rubbing shoulders with the who’s who in the media and entertainment industry at a global level.

Majimbo is a barely 19-year old funny girl whose sense of humor, authenticity and unique ability to convert what has been a tough year into humorous escapades, earned her a seat at the high table.

Today, you talk of Elsa , and you don’t need to introduce her to the crowd.

Because she is already a brand, an International star who broke the chain, surpassed boundaries and crossed oceans to become one of the youngest female celebrities whose works, the world is talking about.

Just in June, she landed a brand endorsement for Rihanna’s Fenty fashion line and before she knows it, she lands an nomination for the global E! People’s Choice Awards 2020.

This is after sharing one of the internet sensation’s comedy theatrics, busy munching crisps while making fun of the global COVID-19 situation, labeling her an ‘introvert’.

A tweet that has received well over 1.9k retweets and 7.8k+ likes inside 24 hours.

The awe-struck campus star could only caption “Lmao, right?”

Fans could only keep their eyes glued on their screens, with multiple thoughts running through their mind, wondering what they just never did right.

But there you have it!

According to wikipedia, Elsa appeared in Netflix clip being referred as a “chess champion” and claiming to be 15 times chess champion. You can Listen to Bedtime with Elsa on Spotify here-https://open.spotify.com/show/0CSuquoYXKA9yaA82Af8gc
Source-http://www.ghafla.com/