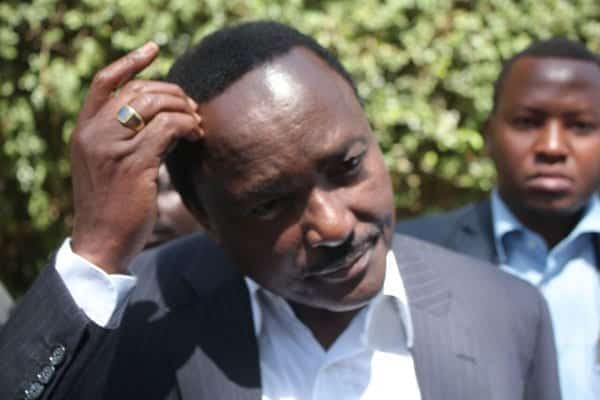 Since president Uhuru Kenyatta is serving his second and last term in office, many political leaders are eyeing to succeed him. Wiper party leader Kalonzo Musyoka is among those struggling for the post come 2022.

According to the report seen by the Standard, the political environment for Kalonzo Musyoka has turned out to be unfriendly.

Speaking during the launch of Building Bridges Initiative at Bomas yesterday, he said that the Deputy President William Ruto’s hustler narrative has given him sleepless nights, the hustler narrative has made him so uncomfortable. He revealed that whenever he goes home people tells him that the Deputy President William Ruto has given them wheelbarrows, then go ahead to ask he has given them.

Reports gas shown that its not Kalonzo only who has been uncomfortable because of the hustler narrative, it has touched many political leaders who have accused the Deputy President William Ruto to convince kenyans by giving them tokens.

While some leaders rushed for handshake and meeting the rich to plan the future, Deputy President turned out to reach hustlers face to have, he has empowered many youths and women. He has given out motorcycles, Wheelbarrows, Mikokoteni and other items to help the poor put food on the table.

Despite various attacks by other politicians, the Deputy President William Ruto has vowed that he will continue to empower kenyans and this is what even disturbs Kalonzo more.