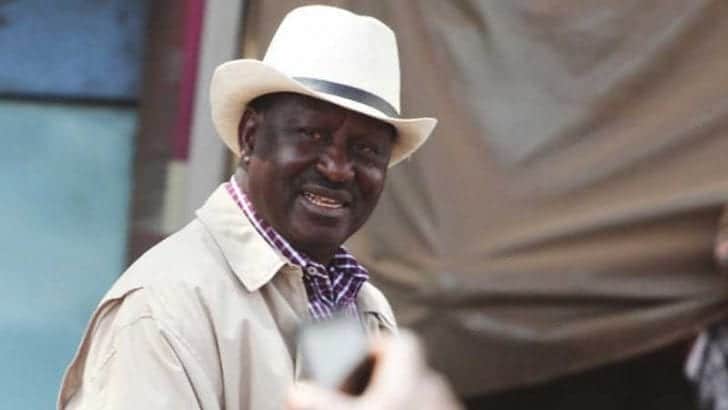 ODM Party leader Raila Odinga has moved to clear the air regarding his speech during the launch of the BBI signature drive at KICC on Wednesday.

Following his views on the constitution of the Independent Electoral and Boundaries Commission, some quarters suggested the former Prime Minister was not privy to the contents of the Constitution of Kenya (Amendment) Bill, 2020, as that particular proposal (appointment of the Electoral Commission by political parties) had been expunged.

Through a statement seen by Standard Digital, Dennis Onyango, Communications Director – Raila Secretariat, reiterated that Odinga was party to the changes made and used the event to highlight contested proposals that found their way into the Bill.

“We wish to clarify that Mr Odinga was party to the changes and in agreement with the contents of the Constitution of Kenya (Amendment) Bill, 2020.

“He used yesterday’s event to highlight the contested proposals that found their way into the Bill as well as those that were abandoned and also to make the point that not all views, however strongly held, including his, were accepted into the Bill and it should not be a reason for actors to oppose the process,” said Onyango.

Responding to BBI opponents on Wednesday, Raila explained how the appointment of electoral commission members by political parties would have ensured elections were transparent.

“Oh…the Electoral Commission is going to be appointed by political parties. Everybody among you here who has been around since we introduced multiparty politics in this country will agree that the most transparent election in our country was that of 2002.

Added Raila: “They were checking the 10 who had been appointed by Moi and therefore it was fairly independent because they were counterchecking each other.”

Odinga said many countries have a similar formula; that there is nobody who is neutral.

“Even if you give the Pope a ballot, he will go out there and vote for somebody…there is nobody who is neutral to appoint an independent panel. They (IEBC Commissioners) will be counterchecking each other while political parties will also be consulting each other,” he said.

Raila, who had promised to lead Kenyans to Canaan, the Promised Land, after signing the BBI form, said Kenyans had edged closer.

“We have trekked through the difficult days of hatred and division, we have gone through the wilderness of anger and marginalization, we can see the Promised Land ahead. But the Promised Land will never come to us, we have to go to it,” he said urging Kenyans to drum their support on a document that was promising to country’s future.

“We’re opening a new chapter of the book we started writing in March 2018. I appeal to patriotic Kenyans to come out in record numbers and append their approval in record time so that we move to the next chapter.”

He rejected the notion by a section of politicians and religious leaders that the bill was creating an imperial president. Neither was it interfering with Judiciary independence, he added.

“The Ombudsman will be interviewed by a panel and three names be submitted to the President who will pick one and send to parliament for vetting and finally be appointed by the President. How does that erode the independence of the judiciary?” he posed.

He further said that the common mwananchi problems were legislative matters and not constitutional.