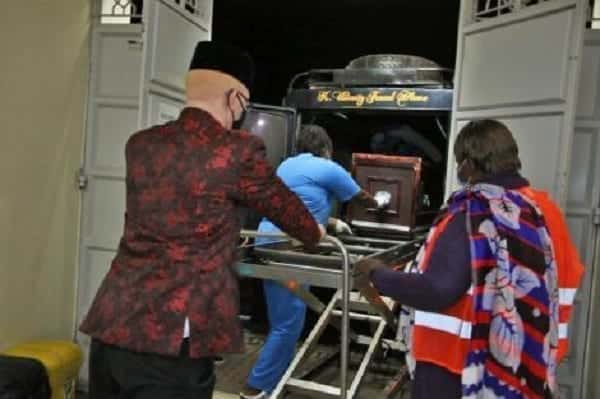 A Kiambu family can finally breathe easy after the body of their kin that had been detained for months arrived home. Agnes Wangui died in Saudi Arabia on September 13 after returning from Kenya.

Her remains were detained in Arrar, some 1,200 kilometres away from Saudi Arabia’s capital of Riyadh, for reasons unknown to the family.

Offering a helping hand was nominated senator Isaac Mwaura who escalated the issue to relevant authorities.

After visiting the bereaved family, Mwaura said, “They were in deep pain, especially the mother, only pleading to have the body back in order to give her a decent burial.”

He added, “Noting what needed to be done, I swung into action, and at some point, some officials at the Ministry of Foreign Affairs were at a loss, I had to escalate the matter to higher authorities.”

There have been numerous incidences of Kenyans suffering in the hands of their employers in Saudi Arabia, Dubai.

Some incidences so dire that they end with victims dead or with injuries.

Gone Too Soon: Death Announcement Of Margaret Gathesha Of…

In October, a family pleaded with the government to help evacuate their daughter, Mwanaiki Said, who was in Medina for a domestic workers job.

Said, 34, left for a job paying Sh30,000 per month in November 2019 but sought to return home after her employer physically abused her.

According to her family, Mwanaiki’s female employer struck her on the head with a rod after she found the former making a cup of tea.

Mwanaiki had on different occasions claimed that her employer denied her food, poured water on her bed and did not allow her to leave the home.

“When she called, complained she is forced to do dishes or laundry twice. Her employer said laundry or dishes were not clean enough ” the victim’s mother Saumu Omar, told the Star.