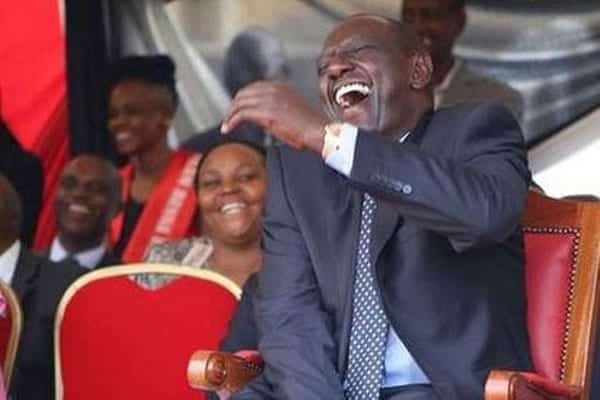 What to make of Msambweni By-Election and the Implications for the BBI Proponents and the Hustler Brigade.
Yesterday, the Msambweni By-Election was won and lost. The BBI brigade in the social media forums and elsewhere are realizing now after watching Mutahi Ngunyi’s intellectual malpractice that borders on sycophancy, that too much attention on WSR has blindsided them and distracted them from the realpolitik of the moment.
Related Posts
NEWS

RAO himself declared that the Msambweni election was the microcosm of the national mood or attitude towards their initiative: if they lose it, this amounts to a national rejection of it and, boy, was he right. For him, this was a do or die for the people of Msambweni. Well, the voters in that electoral district were listening and they spoke loud and clear with their feet; Nope!
We won’t touch this animal you call BBI! I do not think for a second that the results we got was what RAO had in mind when he said those words. He was probably trying to poke his finger in the eyes of the leader of the hustler nation and his faithfuls ( I have been telling you that you are making a huge mistake; this win will vindicate me). That is history now. By saying those words, and campaigning for his candidate, RAO took a political gamble; he courted rejection which has huge political national implications for his 2022 calculations.
Msambweni then became a pre-trial for the BBI referendum. He owned the resounding loss, something he could have avoided had he stayed away himself and let his boys and girls do their thing. As a result of the political risk, he woke up this morning with an egg on his face, figuratively, as they say in politics.
Henceforward, the biggest mistake that the BBI proponents can make is to focus on Ruto rather than his ever-growing populism and movement. No amount of “Lord of Corruption”, “ICC2”, or even “wheelbarrows chini” shouts will change the love affair between WSR and the hustler nation. It is time to listen to the voices of reason.
You cannot define the real needs of Wanjiku for her; she ain’t “dotish”. She knows that Ruto is a politician, just like Trump is to the Republicans, but he speaks to their real issues, call them shuriabag issues or anything that you want, but the issues in the BBI are your issues, not theirs. You cannot think for the voters; they are smart enough to know when they are being taken for a ride, and the BBI trip smells like it.
There is a lesson here: Focus on Ruto rather than what has endeared him to the voters at your peril. I have often given the story of the proverbial man, who, instead of putting out the fire burning his house down, he is seen chasing a rat fleeing the flames. He will possibly catch the rodent but lose everything else that really matters to him. The Ruto phenomenon vis a vis the BBI campaign is not dissimilar. That message is loud and clear. Everything else being perceived as being pushed down the voters’ throats is pang’ang’a.
That said, my message is not that the hustler brigade will have the final laugh in 2022–far from it. I have often repeated a saying to the effect that “…one year in politics is like eternity”. It would be premature for Son of Samoei and his diehard supporters to start making a victory lap and  preparing for their man’s inauguration. This would be a fatal mistake; a political misadventure.

This is a sober community leader speaking. This is the truth and the reality on the ground.
Kenyans are waking up to a new dawn and soon they will take full control of governance.
We still have a few challenges of divide and rule where the some politicians have decided to use unorthodox means to cause fear, intimidation and eventual chaos but this too shall come to an end.
We cannot underestimate William Ruto and the Hustler movement but the wheelbarrows, mkokoteni and his gift of oratory does magic.
At the moment, Uhuru must fix his house especially with this forced BBI.
Msambweni By-Election: The BBI Proponents And The Hustler Brigade