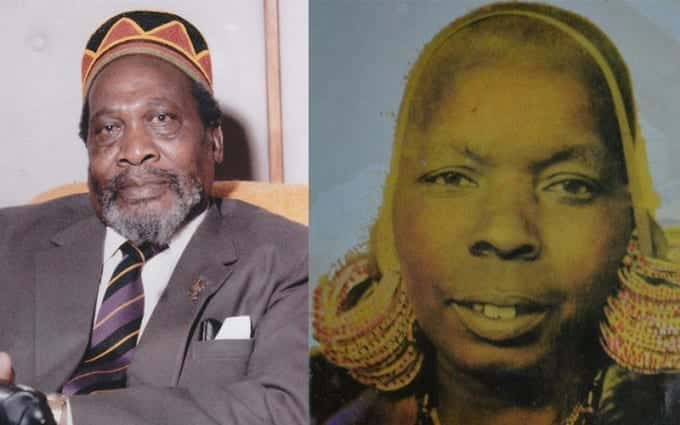 Margaret Njambi, a revered and feared mganga and traditional healer was a big name in her Muthiga village in Kiambu County. Although she died in 2017 aged over 120 years, Kenyans learnt about her in 2011 when Citizen Television tried filming her secretly. But the hidden cameras jammed. Four times! Njambi died on June 6 at Jamaa Mission Hospital in Buruburu, Nairobi. Of her 123 years, 60 were spent as a traditional healer. She was said to have gone blind in the 1950s after declining to inherit the wizardly powers from her father, Karige wa Muui. She accepted the powers in 1953 after which the blindness disappeared when she tended to her first client, a woman from Eldoret who wanted to be unchained from a curse. Her father died two years later. It is claimed that until her death, she had the sharpest eyesight.

Peter Mburu, 80, her brother told The Nairobian he never liked his sister’s occupation and even rejected her suggestions to take over the trade from her. Njambi had 15 grandchildren, about 20 great grandchildren and over 50 great, great grandchildren, but only two children were named after her and one has since died. Njambi’s family refuted claims that they feared naming their newly born girls after her. Interestingly, Njambi enjoyed Tusker and Guinness to kill boredom even when she turned 120 years old.

“She would take two bottles for five days, mostly in her home” said a relative, adding that during the traditional rituals at her home, brewed muratina was in abundance.

A local recalled that, “Her favourite drink was Citizen Special Lager, but when it disappeared from the market, she shifted to Tusker and Guinness. At times, she would visit pubs at Muthiga shopping centre. She was even once a guest of honour when a big pub was opened with fanfare at the shopping centre some years back.”

Her younger brother confirmed her love for the brewed stuff and noted that, “In the last couple of months, she had reduced to half a Guinness”.

Multiple sources and blood relations told The Nairobian that founding President Mzee Jomo Kenyatta once harboured ideas of marrying Njambi after her husband, Samuel Ngugi, kicked her out following the death of their first two children in unexplained circumstances.

“Njambi had settled in marriage and from 1922, sired two children but they died while young prompting, her husband to take her back to the in-laws. She had refused to inherit the occupation from her father, triggering some misfortunes,” explained the family member.

Njambi was not only treated as a traditional healer, but a seer as well and was in high demand from tribal leaders who consulted her during calamities and to ward off evil spirits. Njambi was said to have helped the Mau Mau top brass during the freedom struggle and that was how her fame spread and came to the attention of Jomo Kenyatta, who headed the Githunguri Teachers Training College, Kenya’s first indigenous college. But Muui, her father, declined Jomo’s advances on his daughter to be his second African wife, as he had already received bride price from her husband.

One of Njambi’s grandchildren told The Nairobian that, “Kenyatta left a disappointed man but our grandfather was a strict adherer to Kikuyu traditions and could not allow it, and neither refund bride to his in-laws. Njambi went back to her late husband and sired two sons but she remained a close friend of Kenyatta and his wife Grace Wahu.”

In her rituals, she demanded Sh100 note and three Sh1 coins bearing Kenyatta’s portrait that she tossed “send her clients to get seven small sticks, which she smeared with her saliva then tossed. If the sticks separated, she would tell if one needed to pray to their God or seek forgiveness from people they wronged,” said a relative.

Those with serious problems like curses, robbery or murders would be directed to scoop soil from a road junction and strings from busy markets for secret rituals. Njambi’s paraphernalia remained a secret, but some of the stuff The Nairobian bumped into before her burial include calabashes, porcupine spikes, skin of a primate, old coins, a mirror and leg of a sharp-clawed bird. Locals knew her as a medicine woman who woke up at 3am to pray, a fact acknowledged by locals and clerics from Anglican Church of Kenya who presided over her burial, albeit castigating her occupation.

Evangelist Titus Mburu told the mourners he witnessed her pray for an hour but that Njambi “never mentioned Jesus Christ. She spoke of God of Kirinyaga,” Mburu recalled, adding that he was once told by Njambi that, “I don’t go for your followers. They come on their own, including your Mother’s Union members at your church in Kinoo and line up here”.

Though on many instances she charged Sh103, save for huge tasks like warding off curses, protection of one from enemies would cost between Sh700 and Sh2,000. Cucu Njambi or Njambi Mundu Mugo (witchdoctor), as she was fondly known, did not die a poor woman. Her two-storey buildings were built by an Asian man whose wife she helped conceive and the other by a local businessman she helped win a court case. A German connected tapped water to her home.

“When their problems were solved, they came back with gifts. Some promised to buy her a car but she declined. A client bought her a Sh85,000 iPad but it was stolen and she did not care to follow it up. She did not know how to use it,” said a grandson, adding that “notable figures have been here but we prefer to keep such details a secret.

“They attended the funeral and others paid her visited her in hospital and gave her lots of money. Her house has dozens of bedsheets, blankets and pricey things”.

Njambi also left behind mabati rental houses with income of Sh50,000, prime land and hundreds of thousands, if not millions, of cash in a bank account of a friend she trusted. Attempts to coax her to write a will on her deathbed bore no fruit. Interestingly in 1994, Njambi was injured by her cow and sought help from a witchdoctor but fell in the hands of a con who alleged she had broken glasses and dung beetle in her body. She lost Sh700 to him and decided to get treatment from a hospital, the first time she stepped inside one.

“I was Musalia Mudavadi’s Right Hand Man But He Duped Me,” Comedian