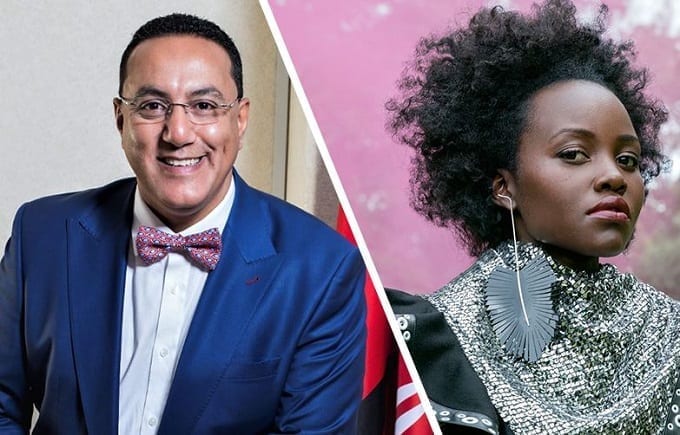 Academy winner Lupita Nyong’o has all but called bs on the claims by Tourism Cabinet Secretary Najib Balala that she has been inaccessible.

When the partnership was announced, Kenyans were left wondering why a Kenyan face like Lupita was not given the gig.

Balala said that they had in fact been trying to get a hold of Lupita for the last 5 years, but she has not been reachable. Essentially, she has snubbed them.

Writing on Twitter, Lupita implied that Balala is peddling ‘alternative facts’. A polite way of calling someone a liar, popularized by president Trump’s press team.

She added using a hashtag that she is ‘right there’, meaning she is available. 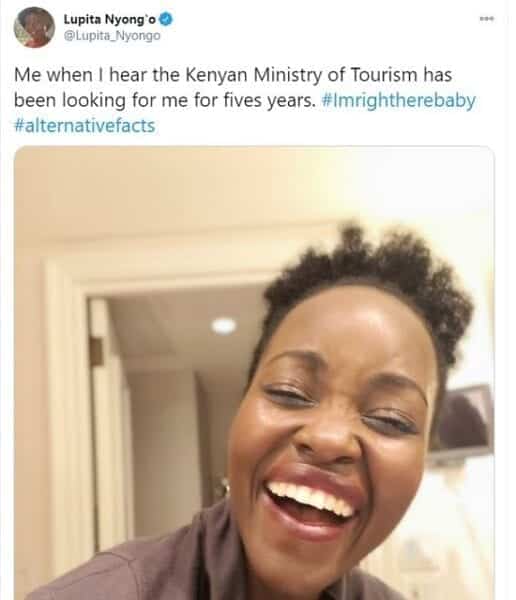 Mzungu Man Probed By DCI For Beating Up A Kenyan Man

Video: Do You Know Your True Value? – By Nancy Gathecha

VIDEO: A Trip Back To My Primary School By Bob Mwiti