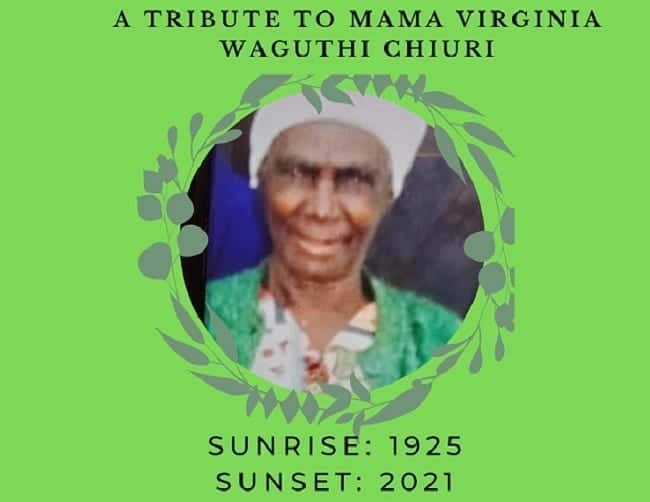 It is with great sadness we announce the passing to glory of Mama Virginia Waguthi Chiuri wife of the late Benson Chiuri and mother to Dr. Robert Wachira Chiuri of New Albany Ohio and Charles Nderitu Chiuri of Nyeri Kenya. She was the mother in law to Ruth Wanjiru Wachira and Jane Nyawira Nderitu. She was grandmother to Rachel, Raphael, Jessica, Michael, Chris, Chiuri, Waguthi and Wanjiru. She was antie and great grandmother to many. She will be laid to rest later this week in Raichiri Farm, Leshau, Ndaragwa in Nyandarua County.
There will be a funeral service and a zoom memorial service later in the week and whose details will be provided tomorrow. Please remember the Chiuri family in your prayers. Glory be to God. For more details;
Ruth 614 354 7573
Dr. Chiuri 614 822 0958
Related Posts
NEWS