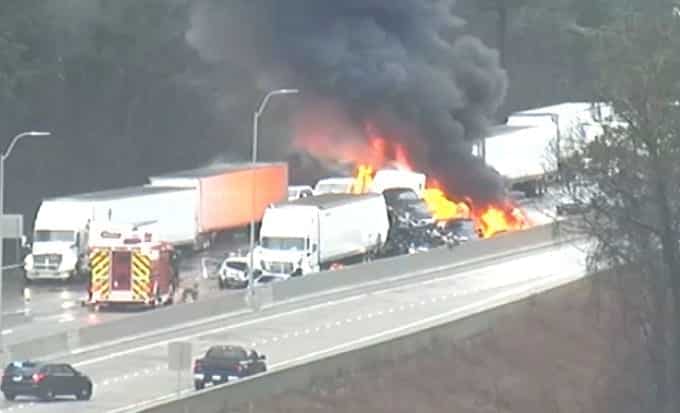 A Kenyan Diaspora man Boniface Ndiangui who was 58 years  old has died in a fiery multi-vehicle wreck  that occurred on I-75 in Cobb County Georgia. See video below:

Authorities identified the victim following the fatal accident. The friends and relations of the deceased have so far, taken to different social media timeline to post tributes and condolences the Ndiangui‘s family.

Boniface Ndiangui was pronounced dead at age 58 after succumbing to the fatal vehicle crash.

DeadDeath is yet to confirm the cause of the accident at this time. Most common factors are over-speeding, alcohol, over-correction and more. We haven’t learnt if any of these are involved.

According to report, the vehicle crash that led to the death of Ndiangui happened at about 11 a.m. Thursday, morning.

Our thoughts and prayers are with everyone affected by the passing of Boniface Ndiangui.

The news about this death has been attracting numerous tributes and condolences via social media from friends and other worried individuals.

If you would like to leave tributes and heartfelt condolences to the family and friends of the deceased, use the comment section below to do that. You can also use the share button if you want to inform friends about this death.